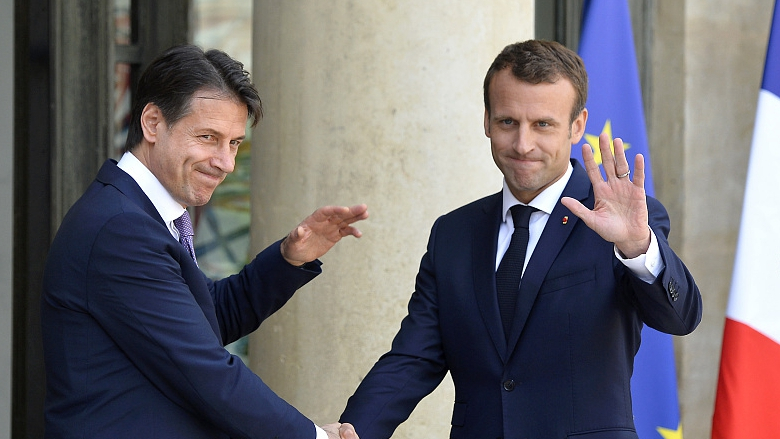 Germany and France signed a renewed friendship treaty this week, but the outcry that followed – and a fresh spat between Paris and Rome – highlighted widening divisions in the European Union ahead of EU elections in May.

The pact – which aims to deepen Franco-German economic integration – sparked accusations of “betrayal” from the populist, often far-right parties gaining an electoral foothold across the continent.

Populist governments in Italy, Hungary and Poland are already challenging the established EU order, which has also been disrupted by Brexit and a migration row.

And in May, populist candidates look likely to further shake up things up in elections for the European Parliament.

Nowhere is the battle between euroskeptic populism and liberal pro-Europeans more apparent than in the relationship between Italy and France, culturally close neighbors who have been on a rocky road since the formation of a new Italian government in June 2018.

Matteo Salvini, leader of the one half of Italy's governing coalition, League, has said he intends to challenge the “Franco-German motor” and has called for a populist alliance. French President Emmanuel Macron has identified himself as the populists' “main opponent” in Europe.

The latest Rome-Paris diplomatic spat burst into open this week when Luigi Di Maio, leader of the other half of Italy's coalition, the Five Star Movement, called for EU sanctions against France.

He accused the Paris of trying to “colonize” Africa and claimed French policies “are impoverishing these places,” fueling migration to Europe. The countries in 2018 engaged in a high profile row over accepting migrants on the Aquarius ship and Italian politicians have also hit out at French involvement in Libya.

After Paris summoned the Italian ambassador on Monday, Matteo Salvini, leader of the other half of the coalition, League, piled in, saying, “I hope the French will be able to rid themselves of such a terrible president.”

France's Europe Minister Nathalie Loiseau responded by saying Paris would not be drawn into a "stupidity contest” with Rome.

Macron, who last year warned of political “leprosy” in neighboring countries, has been weakened by the “gilets jaunes” movement at home. The group, which has protested his policies for almost three months, is running at least 10 candidates in May's elections and has been offered logistical support by Di Maio.

The populists are likely to disrupt the traditional order of the bloc in May, and could end the dominance of two centrists blocs – the European People's Party and Socialists and Democrats – in the European Parliament.

Salvini has called for a populist alliance, and describes the elections as a battle to overcome “a Europe of elites.” Italy has already taken on Brussels over migration and economic policy since the League-Five Star government came to power, and the issues will likely be central to the populist messages.

The Franco-German treaty, a year in the making, is in some ways a riposte.

“Populism and nationalism are strengthening in all of our countries,” German Chancellor Angela Merkel said as the new pact was signed on Tuesday. “Seventy-four years, a single human lifetime, after the end of the Second World War, what seems self-evident is being called into question once more.”

How the split manifests in May's elections remains to be seen: Polling suggests the main groups will likely lose seats, and turnout is expected to rise.

Historically EU elections have sometimes been protest votes, but they can also be a guide to the future.

In 2014, the small anti-EU UKIP won the most votes in European elections in Britain.