WORLD France, its partners to retaliate if US sanctions EU imports: ministry

France, its partners to retaliate if US sanctions EU imports: ministry 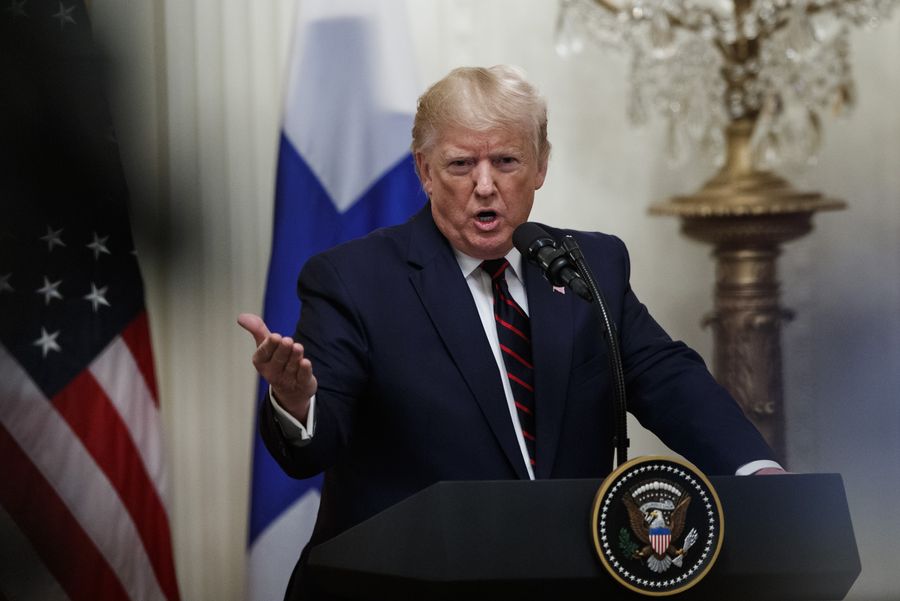 US President Donald Trump attends a joint press conference with visiting Finnish President Sauli Niinisto (not in the picture) at the White House in Washington D.C., the US, on October 2, 2019.  (Photo: Xinhua)

France is ready to hit back if the United States goes ahead with trade sanctions on EU imports, said foreign affairs ministry after Washington won WTO backing for the measures.

PARIS (Xinhua) -- France and its European partners would take firm counter-measures if Washington goes ahead with imposing sanctions on EU imports as retaliation for European aircraft subsidies, the French Foreign Affairs Ministry has said.

Agnes von der Muhll, the ministry's spokesperson, warned on Wednesday that "the escalation of trade tension ... will have negative impacts on economies, international trade and the aviation industry," stressing that such dispute with a partner was "undesirable."

She added that "the EU would prefer an amicable settlement in this 15-year-old dispute and the development of new common rules on government support for aviation companies" after the World Trade Organization (WTO) ruled that the U.S. could target 7.5 billion U.S. dollars of EU imports over illegal subsidies for planemaker Airbus.

"Unfortunately, the United States does not seem ready to negotiate at this stage. We are therefore responding firmly and will defend European interests by imposing the retaliatory measures authorized by the WTO against the United States," she said.

According to von der Muhll, the European bloc would impose sanctions on the U.S. "in several months" in relation to complaints concerning some 5 billion- U.S.-dollar subsidies to Boeing between 1989 and 2006 despite WTO previous ruling to stop illegal aid to the aircraft maker.

Since 2004, trade tension has deepened between Brussels and Washington over mutual claims of illegal aid to plane giants Boeing and Airbus. ■