People wanting to go to cinemas, museums, sporting matches and other cultural venues in France will have to show proof of Covid-19 vaccination or a negative test starting Wednesday, as the country braces for a feared spike in cases from the highly transmissible Delta variant. 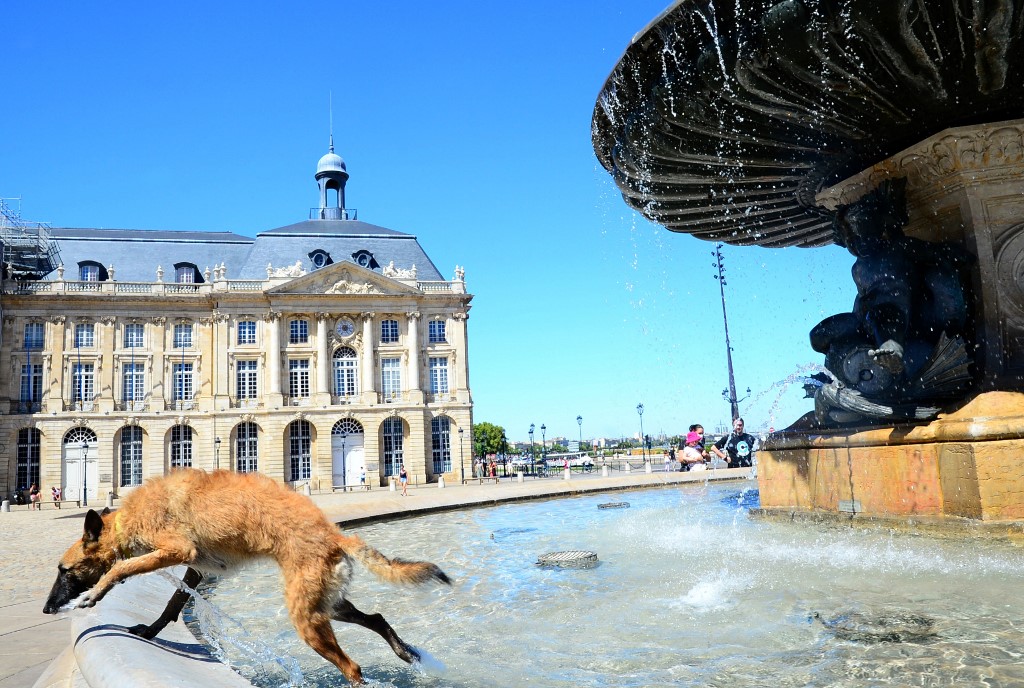 A picture taken on August 6, 2020 in Bordeaux, southwestern France, shows a dog cooling off in a fountain. (Photo: AFP)

The so-called "health pass" will be required for all events or places with more than 50 people, before being extended to restaurants, cafes and shopping centres in August, President Emmanuel Macron announced in a televised address last week.

Once inside, however, people can take off their face masks, which remain necessary inside shops or businesses or on public transportation.

Masks are now mandatory outside again in the southern Pyrenees-Orientales department neighbouring Spain, as well as in much of the western Charente-Maritime department near Bordeaux, a popular tourist spot, where case numbers are soaring.

Outdoor mask mandates were also reimposed Tuesday in Toulouse and other nearby towns.

Health Minister Olivier Veran warned of an unprecedented increase in Covid-19 cases because of the Delta variant on Tuesday, when 18,000 cases were reported over 24 hours.

"That means we have an increase in the spread of the virus of around 150 percent in the last week: we've never seen that," Veran told parliament as it began debate on the stricter rules aimed at encouraging vaccine hold-outs.

The initial Covid-19 pass was implemented by decree, while lawmakers will vote on its extension to restaurants and trains or planes for long-distance travel.

From September, vaccinations will also be required for healthcare and retirement home workers, many of whom have been particularly wary or dismissive of the shots.

Over 100,000 people demonstrated across France on Saturday to protest the health pass, denouncing a "dictatorship" that would discriminate against those opposed to the vaccine.