France opens COVID jabs for all adults in race against variants

France on Monday opened up COVID-19 vaccines to all adults, a week before Germany, as Europe races to avoid another wave of infections caused by new virus variants. 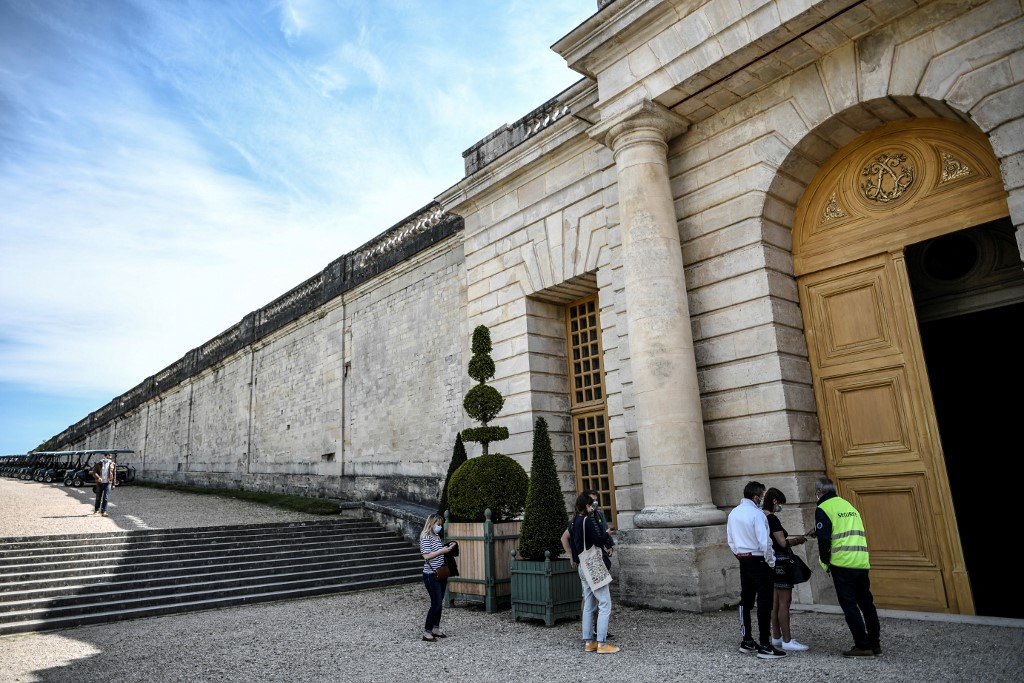 People arrive to be vaccinated at the temporary COVID-19 vaccination centre at the 'Orangerie' of Versailles Palace in Versailles on May 29, 2021. (File photo: AFP)

Until now, French authorities gave priority to people over 50, people in "priority professions" or younger adults with underlying health problems.

So far, 25.4 million people have received a first shot of a vaccine, representing about 38 percent of the population and nearly one in two adults.

As the French savour a degree of freedom following the reopening of cafes, restaurants and museums two weeks ago, initially high levels of vaccine scepticism have begun to subside.

A Cevipof poll conducted in early May showed that 65 percent of adults planned to get vaccinated, up from 48 percent in February.

"I am fully convinced that we are going to see a lot of people getting vaccinated," Professor Alain Fischer, the immunologist who heads the government's vaccination advisory board, said Monday, adding that immunisation was the key to "getting back an increasingly normal life."

With 28 million adults eligible for a first shot, but only around half a million appointments available each day, many people have opted to travel outside their neighbourhood or even their region to secure highly coveted Pfizer or Moderna shots.

Vaccinations with the AstraZeneca and Janssen jabs are only open to those aged 55, after cases of potentially deadly blood clots in a very small number of younger people vaccinated.

The government is hoping that the 76.7 million vaccines which it is expecting to receive in June will help it meet demand.

After an initially slow start to its vaccination drive in January, when it was one of Europe's laggards, France is aiming to close the gap with Britain, Germany and other neighbours.

Britain, which has led the vaccine race in Europe, has given nearly 35 million people a first shot of vaccine. Over 16 million have received a second shot.

Germany, which like France was slow to get off the mark, has also powered up its immunisation drive in recent weeks.

Over 49 million people in Europe's most populous country have received a first shot, representing around 42 percent of the population.

That figure is expected to rapidly increase when vaccines are made available to all Germans aged 16 and over from June 7.

German Chancellor Angela Merkel has also plans to offer coronavirus jabs to children over the age of 12 but stressed they will not be compulsory.

In France, a third month-long lockdown in April is credited with taming a severe third wave of infections. The number of COVID-19 patients in intensive care in hospital fell to under 3,000 at the weekend, the lowest level since January.

The situation emboldened the government to reopen sidewalk cafes and restaurants after seven months on May 19, along with museums, cinemas, theatres and non-essential shops.

The next stage of the loosening of restrictions falls on June 9, when cafes and restaurants will be allowed serve clients indoors and a nationwide 9:00 pm curfew is pushed back to 11:00 pm.

"If the fall-off continues between now and June 9... we will have a quiet summer," Arnaud Fontanet, an epidemiologist at the Institut Pasteur in Paris told the Journal du Dimanche weekly.