France has proposed a resolution with the United Nations Security Council (UNSC) in coordination with Egypt and Jordan, calling for a ceasefire in the Israel-Gaza conflict, the president's office said late Tuesday. 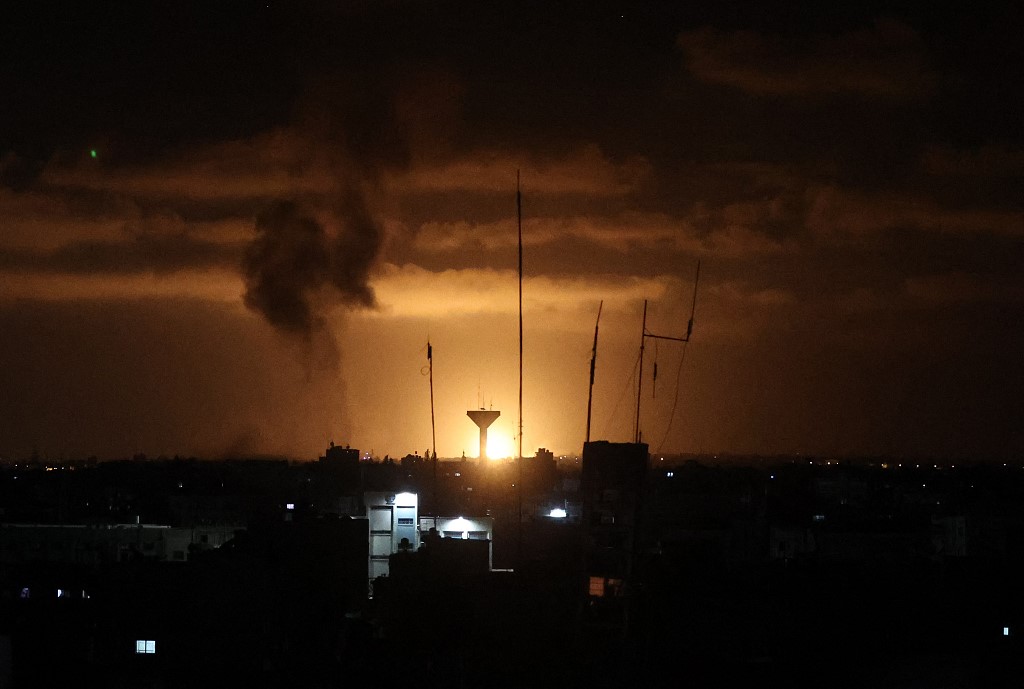 A ball of fire illuminates the horizon during an Israeli airstrike in Rafah in the southern Gaza Strip on May 18, 2021. (File photo: AFP)

French President Emmanuel Macron and his Egyptian counterpart Abdel Fattah al-Sisi, who is in Paris for summits on Africa, agreed on the resolution in a video conference with Jordan's King Abdullah II, the statement said.

"The three countries agreed on three simple elements: The shooting must stop, the time has come for a ceasefire and the UN Security Council must take up the issue," the Elysee Palace said.

The statement added that the three countries had also agreed to launch a humanitarian initiative for the civilian population of Gaza in conjunction with the UN.

France, which has been calling for a rapid ceasefire for several days, said it supports mediation led by Egypt.

Macron had on Monday underlined the importance of Egyptian mediation after talks in Paris with Sisi, a key ally and defense client of France despite activists' concerns over Cairo's rights record.

The UNSC has failed to adopt a simple declaration on the conflict, with the United States, a staunch Israel ally, having rejected three prior statement drafts proposed by China, Norway and Tunisia which called for an end to the fighting.

Chinese Ambassador to the UN Zhang Jun said that during a closed-door meeting, members "heard the proposal made by our French colleague in the Council and for China, definitely, we are supportive to all effort facilitating the ending of the crisis and the coming back of peace in the Middle East."