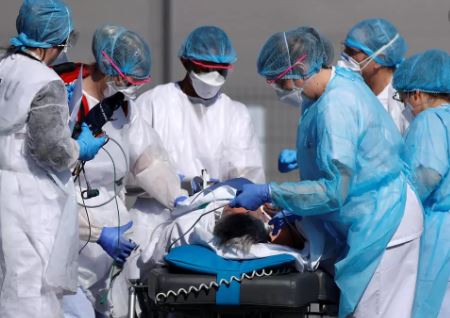 Paris (People's Daily) -- Official figures released Saturday evening showed that 2314 people have died from the COVID-19 in France, up by 319 from the previous day's tally.

French Prime Minister Édouard Philippe warned in a press conference on Saturday that, “the first 15 days of April will be even more difficult than the last 15 days which have just passed,” in France’s COVID-19 crisis, adding that, “The fight has only just begun.”

Meanwhile, France's Health Minister Olivier Véran announced at the same press conference that the government has ordered more than a billion face masks to ease the shortage of medical supplies.

According to French media, the French government has ordered a billion face masks from China.

“A narrow and intensive air bridge between France and China has been set up in order to facilitate the entry of masks into our territory,” said Véran.