WORLD France reopens some beaches to the public 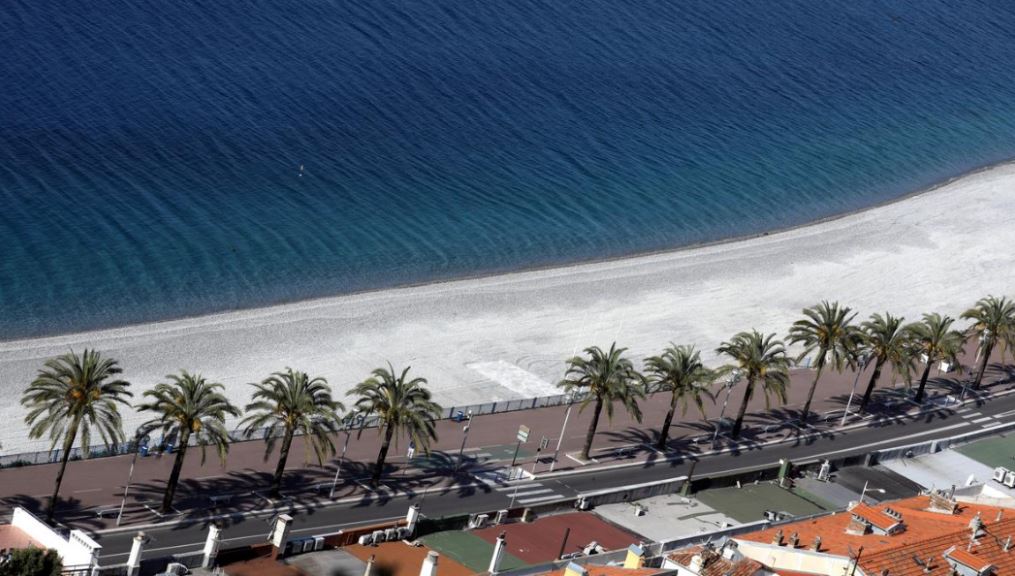 The empty beach of the Promenade des Anglais in Nice during the outbreak of the coronavirus in France, May 7, 2020. (Photo: CGTN)

Runners and swimmers returned to beaches on Wednesday as France reopened a section of Atlantic coast beaches that had been closed in a bid to curb the spread of COVID-19.

The beach-goers are however only allowed to swim or fish, but not to sunbathe.

Walkers, swimmers, individual watersports practitioners and anglers are welcome, provided they respect the social-distancing rule of one metre (3.3 feet) between individuals, said a tweet from the Loire-Atlantique department.

Other beaches remain off-limits, however, including Deauville in Normandy, a favourite with Parisians, for whom it is a 2.5-hour train ride away.

"If we say we will open the beaches, everyone will descend on them and it will be a terrible crowd," Deauville mayor Philippe Augier told the France 3 broadcaster.

Beaches on the Mediterranean coast and the North Sea could reopen from this weekend for walks and sporting activities, say local officials.

Other countries are also gradually reopening their countries in a bid to revive their almost stagnant economies, including Germany, Spain, Italy, Belgium, the Netherlands and the U.K.

The World Health Organization (WHO) has however warned against a rushed reopening, saying that could risk sparking a second wave of infections.

WHO Executive Director of emergencies program Michael Ryan expressed his concerns on Monday over the lifting of certain lockdown conditions that he reckons may lead to a resurgence of COVID-19 cases.

"Shutting your eyes and trying to drive through this blind is about as silly an equation as I've seen.

"And I'm really concerned that certain countries are setting themselves up for some seriously blind driving over the next few months," he added.