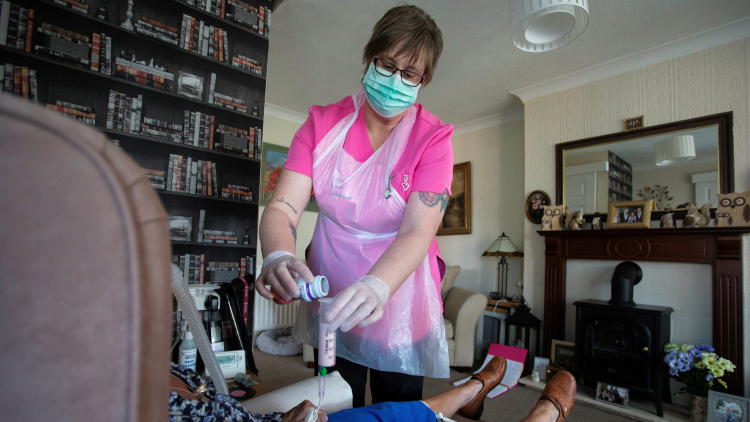 PARIS, May 15 (Xinhua) -- With 104 deaths from COVID-19 in the past 24 hours, France saw its death toll of the epidemic rising to 27,529 on Friday while the number of patients hospitalized for the infection fell below 20,000, the Health Ministry data showed.

In detail, 17,342 people died in hospitals, and 10,187 in nursing homes and other medico-social establishments. 19,861 people are now hospitalized for COVID-19 infection, a figure that has been falling steadily for several weeks.

Among the hospitalized, 2,203 people remain in intensive care, down by 96 compared to the previous day.

In total, 141,919 cases of infection have been confirmed in France, 563 more than Thursday evening's. And 60,448 people considered to be cured have been able to leave the hospital since the start of the epidemic.

France has been gradually coming out of containment since Monday while the coronavirus epidemic shows signs of calm.

Also on Friday, the national statistics institute INSEE said that the number of all causes of deaths in France in 2020 is 22 percent higher compared to the same period in 2019.

All the municipalities do not transmit the number of registered deaths at the same speed, which means that the published figures must be reassessed regularly, it added.