Paris (People's Daily) - A 60-year-old man has become the first French victim of the COVID-19 in the country, according to Jerome Salomon, the director of France's public health agency on Wednesday. 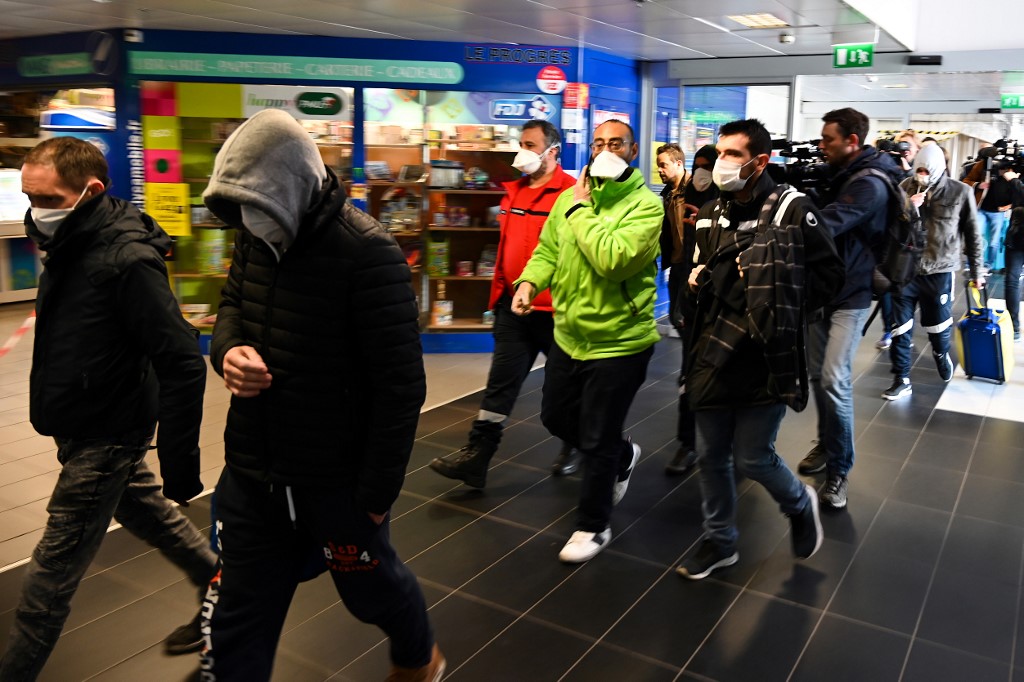 People wearing protective facemask are evacuated from the security zone where a bus comming from Milan is blocked at the train and bus station Lyon Perrache, due to suspected COVID-19 the novel coronavirus on board, in Lyon, on February 24, 2020. (Photo: AFP)

The deceased was one of three new cases in France, bringing the total confirmed COVID-19 infections in France to 17.

Salomon said the man died overnight after being rushed to a Paris hospital in serious condition on Tuesday evening, bringing the total death toll in the country to two. The first victim was an 80-year-old Chinese tourist, who died on February 14.

On of the other two infected patients is a 55-year-old Frenchman hospitalized in Amiens. "He is in a serious condition and in intensive care," said Salomon. The third patient is a 36-year-old man hospitalized in Strasbourg. "He came back from Lombardy, showing no signs of seriousness, " added Salomon.