France rescues more migrants trying to sail to the UK 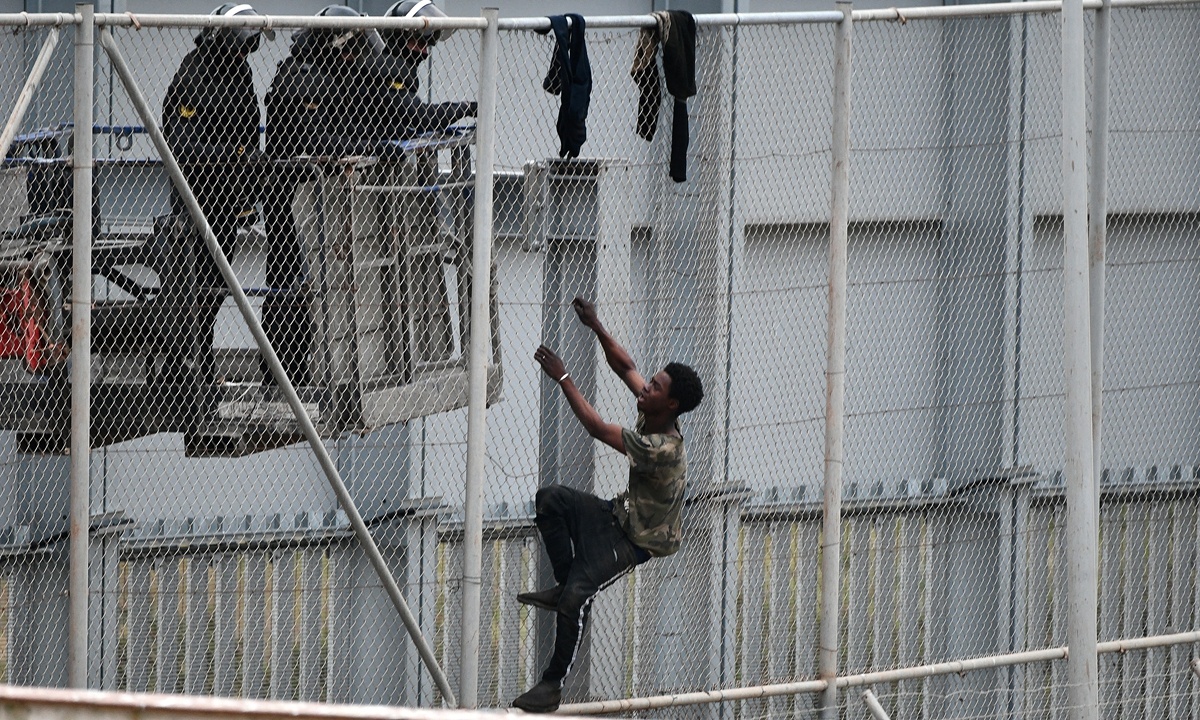 A youth tries to climb over the border fence in the Spanish exclave of Ceuta bordering Morocco on Tuesday. (Photo: AFP)

French authorities rescued more than 100 migrants Wednesday seeking to sail to England in four separate boats that officials said got into trouble in the Channel.

Last week the British government said a record of at least 482 migrants crossed from France to England in a single day, putting annual figures way above 2020's numbers.

Maritime officials in France said on Wednesday that a navy patrol boat rescued seven people aboard a vessel "in difficulty" off the coast of Sangatte and took them to the port of Dunkirk, where they were looked after by local officials.

The patrol boat was then sent to rescue 29 "shipwrecked" migrants off the coast of Dunkirk, including one who was ill and taken by helicopter for medical care, the area's maritime administration said.

The remainder was transported to Dunkirk.

Thirty-seven other migrants were rescued from a boat in difficulty off the coast of Calais and another 35 off Dunkirk, the officials said.

Since the end of 2018, attempts to cross the Channel have been increasing despite official warnings about the dangers of collisions in one of the world's busiest shipping lanes, strong currents and cold water temperatures.

The growing number of journeys is proving increasingly embarrassing for the UK government, which has vowed to clamp down on the arrivals.