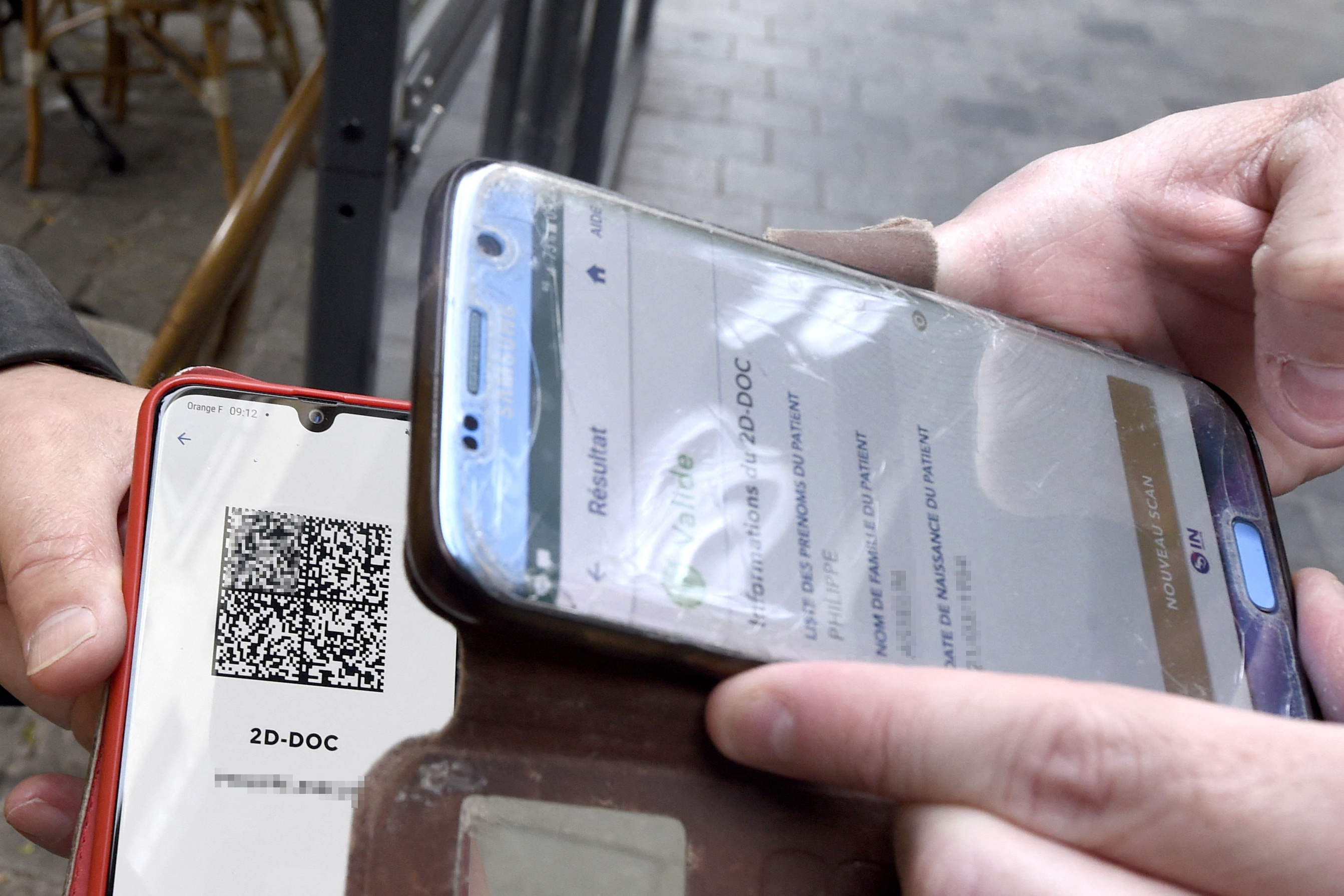 A waiter checks a customer's COVID-19 health pass on a mobile phone at the entrance of his cafe in Valenciennes, northern France. (Photo: AFP)

It means that all customers at cafes, travelers taking trains, or people making non-urgent visits to hospital will have to show their health pass before being allowed access.

This measure has been controversial and sparked weeks of protest, with more than 230,000 people demonstrating against the measures across France on Saturday.

But despite the waves of demonstrations that have been taking place on a weekly basis for a month across the country, more than 3.8 million vaccinations have been administered so far in August alone.

The health-pass policy was approved by MPs and senators last month and got final sign-off from the French Constitutional Council on August 5.

The pass details whether you have proof that you have been fully vaccinated, or have had a recent negative PCR test, or have contracted COVID-19 recently and have since fully recovered. It can be shown in paper form or via a QR code on your phone with the government's track-and-trace app.

Cultural and sporting venues like museums, cinemas, and swimming pools had the health pass brought in by decree on July 21. On August 30, hospitality staff and train staff will have to start using the pass, as will medical workers from September 15.

Children will not need to scan their QR code to access schools but they will need to do so to access hospitality, sporting or cultural venues from September 30.

The government has not put a timeframe on how long the measure might stay in force. Ministers say that it is a necessary move to counter the fourth wave of coronavirus infections that France is currently going through.