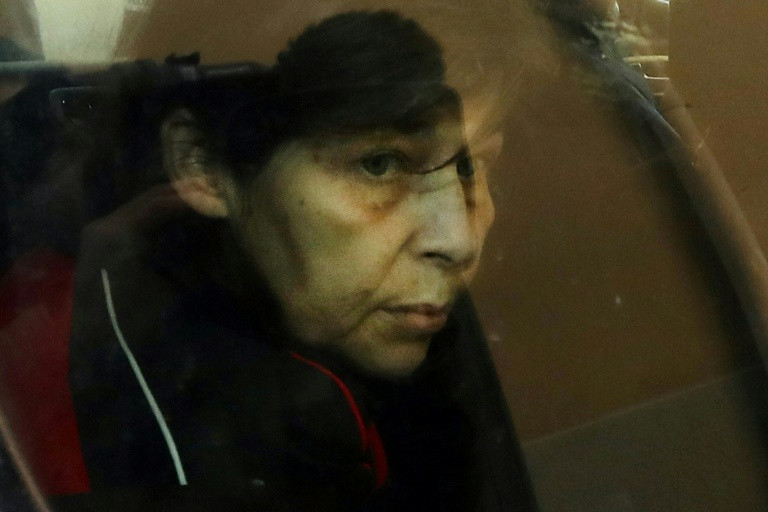 A French woman dubbed the "Black Widow of the Riviera" for allegedly seducing and poisoning wealthy elderly men, leading to the deaths of two of them, went on trial for murder in the resort city of Nice on Monday.

Patricia Dagorn, 57, is charged with the fatal poisoning of two men found dead in 2011 on the Cote d'Azur and the drugging of two others. Prosecutors say she attempted to enrich herself by casting a spell over older men met mostly through a dating agency.

She is already serving a five-year prison term for theft, fraud and sequestration involving an octogenarian in the French Alps in 2012 who agreed to let her live with him in exchange for sexual relations.

She was brought into the dock looking dishevelled in an oversize black-and-white tracksuit.

One of the two men she is accused of trying to poison, 91-year-old widower Robert Vaux, will take the stand this week to testify against her.

"She was like a ray of sunshine in winter. When you are with a younger woman you know it won't last but you don't deny yourself the moment unless you're a masochist," Vaux, a former sailor, told reporters at the courthouse on Monday.

Police had already suspected Dagorn after the body of Michel Kneffel, a man in his 60s with whom she had been living at a residential hotel in Nice, was discovered in July 2011.

No charges were filed at the time, but the investigation was reopened the following year after police found vials of Valium and personal documents belonging to about a dozen different men among her belongings.

Investigators then followed the trail to another suspected murder case, that of Francesco Filippone, 85, whose body was found in his bathtub in an advanced state of decomposition in Mouans-Sartoux, outside Cannes, in February 2011.

Dagorn had earlier cashed a cheque from Filippone for 21,000 euros ($25,600), money which she said was a gift to help her open a jewellery shop.

"She denies the charges against her in their entirety, including the thefts," said one of her lawyers, Georges Rimondi.

When Dagorn was charged over the cases in 2015, Rimondi described his client as a "fragile" individual who had been placed in foster care at a young age, and who says "she feels better with elderly people".

"She is eager to explain herself," said her other lawyer, Cedric Huissoud, adding that she had suffered during her years in prison.

Police now think Dagorn may have met at least 20 men after arriving on the French Riviera in 2011, mainly via a matchmaking agency.

In most of the cases she allegedly asked the men for money or to name her in their wills, or she stole documents from them, while a few were accused of rape.

Vaux, who had brought Dagorn to live with him in early 2012 in the coastal town of Frejus, saw his health deteriorate rapidly.

On Tuesday, he described how, when he was at his lowest ebb, Dagorn wrote to his solicitor, asking to be written into his will.

Vaux and another man whom Dagorn is accused of trying to poison, Ange Pisciotta, 82, have joined the case as civil plaintiffs.

Dagorn, who has a law degree, had already been handed a one-year suspended prison term in a case involving her ex-husband, who was found guilty of fraud.

In 2013, her youngest son told a local newspaper that he was not surprised by the accusations against his mother.

"She has always been obsessed with quick and easy money," the son, identified only as Guilhem, told Nice Matin daily.