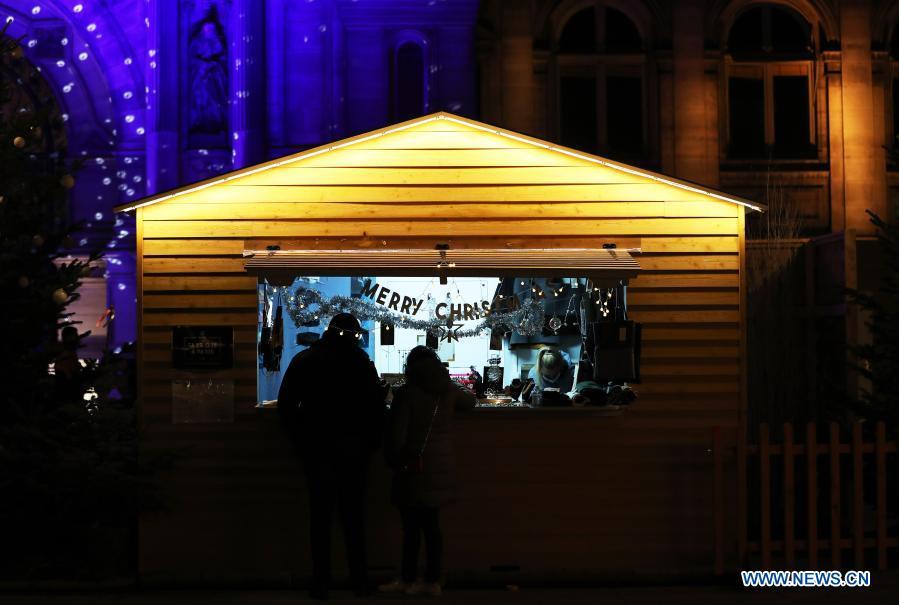 Since the outbreak of the pandemic, France has witnessed 2,391,447 people infected with the novel coronavirus, as well as 59,072 fatalities.

A total of 307 patients in hospitals had succumbed to the flu-like disease in one day, down from 371 reported on Monday, while 483 fatalities were reported in nursing homes in the same period.

The nation-wide confinement in force since late October ended on Tuesday, allowing people to move freely and travel without restriction in the daytime.

As the virus circulates faster than expected, the government introduces a curfew from 8 p.m. to 6 a.m., an hour earlier than planned. The nighttime ban on people's movement would be lifted on Dec. 24 but not for New Year's Eve.

"There was no other alternative, otherwise I would not have taken this decision," Castex told local broadcaster Europe1 early Tuesday.

"If the epidemiological conditions stabilize and improve, we can gradually consider their reopening," he said, pledging additional 35 million euros (42.53 million U.S. dollars) to help the country's pandemic-hit arts and culture sector.

However, the prime minister's pledges fell short to quell the anger of culture professionals who took to the streets in many French cities, urging the authorities to reopen all the cultural venues.

In Paris, hundreds of people responded to the call of CGT Spectacle union to denounce "the government's yoyo policy."

"We want that they tell us when we will be able to reopen because we do not reopen a theater with the snap of a finger...We have been very patient now, that must stop," said Christophe Aleveque, an actor.

"I played in front of a completely masked audience. All the people wear the mask. What more can we do?" he asked, speaking to Le Figaro newspaper.

According to the website of the World Health Organization, as of Dec. 8, there were 214 COVID-19 candidate vaccines being developed worldwide, and 52 of them were in clinical trials. (1 euro = 1.22 U.S. dollars)