France's first lady Brigitte Macron is no fan of politics 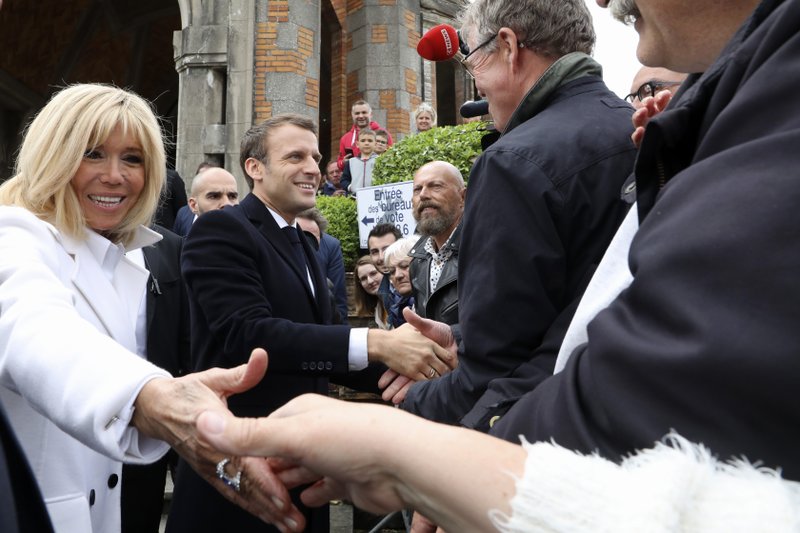 France’s first lady says Emmanuel Macron’s election as president “terrified” her and insists that she has no political ambitions of her own.

Oh, and she hates the word “cougar.”

In an unusually intimate interview with France’s RTL radio Thursday night, Brigitte Macron described the challenges of her relationship with a man 24 years her junior. Noting how it hurt her children when the two first came together, she said “we are not an ideal couple.”

Still, she says she and Emmanuel keep each other in line and never go to bed angry, and insist on sharing breakfast and dinner — even if he goes back to reading his files at midnight.

She acknowledged that her 41-year-old husband has made mistakes as president, notably when he insulted unemployed people and failed to discipline a security aide who beat a protester, a misstep that mushroomed into a political scandal.

She called the presidency — his first elected office — “a learning experience” and insisted that her husband is not arrogant, as critics attest, but sometimes suffers from “doubts.”

Brigitte Macron expressed sympathy with yellow vest protesters who are struggling to make ends meet and are angry at Macron’s pro-business policies, but admitted to being “scared for France” when their protests led to intense violence.

After recent high-profiles trips to Marseille and Lyon where she met prominent local politicians, Brigitte Macron insisted that she didn’t go at her husband’s bidding and she’s not trying to play politics herself.

“No, no, no, no. I have neither the taste nor the competence for politics,” she said. Having her husband as president “doesn’t suit me, but I make it work.”

When the two fell in love, she said, “It took me a while to realize what was happening, and then to make the leap and becomes his wife.” The two met when Brigitte was a married teacher at Emmanuel’s high school, and already had children of her own.

“Of course I hurt (my children). Like all parents who separate hurt their children,” she said. “But at one point, I understood that Emmanuel was my life, and they understood.”

“Being in a couple is complicated,” she said, “and when there is a big age difference like ours, even more so.”

But she doesn’t like being called a cougar — “I was always attracted to men my age. Emmanuel was an exception.”