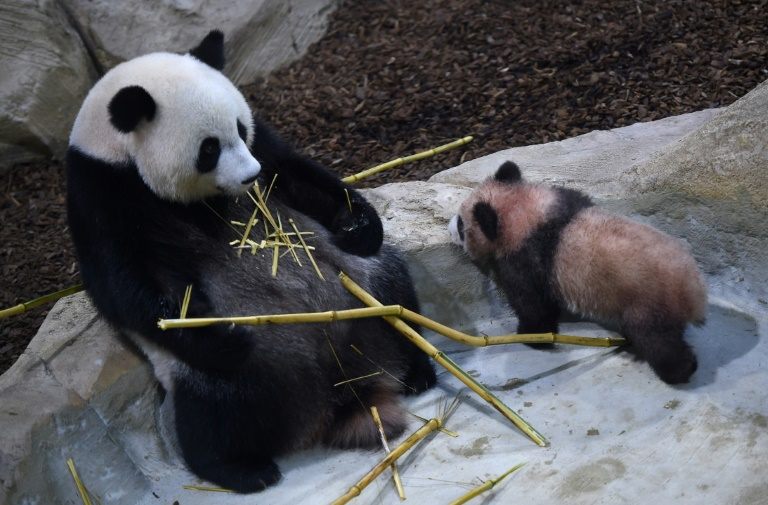 France's first panda cub made its debut public appearance Saturday, five months after its birth, to rapturous crowds -- some of whom had travelled hours to see the fluffy male.

Yuan Meng, which means "making a dream come true" in Chinese, was introduced into his new enclosure in Beauval zoo in central France along with his mother as adoring onlookers ringed the site.

"We got up at 3:00 in the morning. My son absolutely wanted to see the cub," said Delphine who had travelled from the Paris region.

"We felt we took part in a historic moment. It was very moving," she said.

Zoo veterinarian Baptiste Mulot said the cub had been brought to the enclosure over the past 10 days to familiarise himself with the surroundings.

Panda reproduction, in captivity or in the wild, is notoriously difficult because the female panda is only in heat once a year for about 48 hours.

But the number of pandas worldwide has rebounded since the black-and-white bear was declared an endangered animal in the 1980s, thanks to efforts to protect it and its habitat.

China has dispatched its national treasure to only about a dozen countries, using the animal as a symbol of close relations.

A female and male mate arrived in Beauval in 2012 after high-level negotiations between Paris and Beijing, but Yuan Meng was born through artificial insemination.