WORLD France's Macron calls on Iraq to dismantle all militias

France's Macron calls on Iraq to dismantle all militias 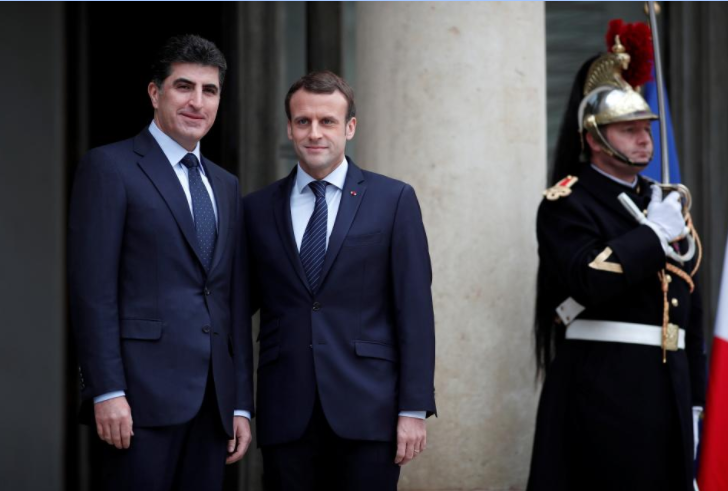 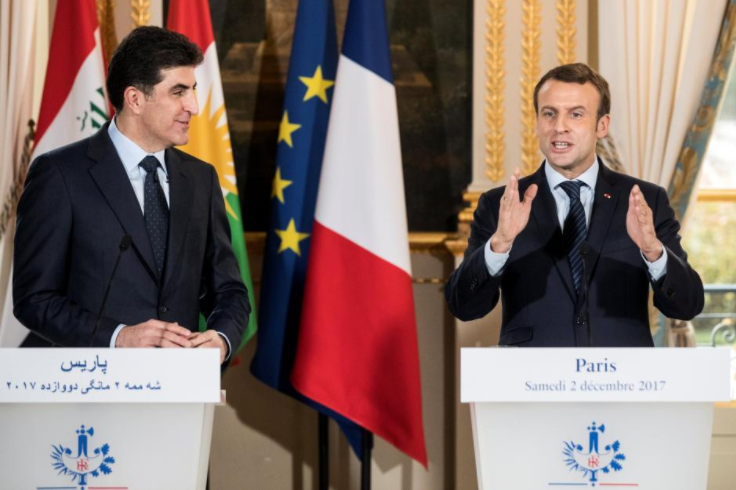 French President Emmanuel Macron on Saturday called on Iraq to dismantle all militias, including the government-sanctioned, Iran-backed Popular Mobilisation Forces (PMF), a rare public call to do so by a major Western leader.

Macron’s call, which followed a meeting with Iraqi Kurdish leaders in Paris, underscores the tough balancing act Baghdad has to perform between its allies in the war on Islamic State, Iran and Western powers, which do not see eye to eye.

“It is essential that there is a gradual demilitarization, in particular of the Popular Mobilisation that established itself in the last few years in Iraq, and that all militias be gradually dismantled,” he told a joint news conference held with Iraqi Kurdish leaders.

Iraqi Prime Minister Haider al-Abadi’s government denies that the PMF are engaged in a systematic pattern of abuses and has pledged to punish anyone proven guilty of violations.

Disarming the PMF is seen as Abadi’s most difficult test as his forces edge closer to declaring victory over Islamic State.

Spokesmen for Abadi and the Badr Organisation, largest group in the PMF, could not be reached for comment.

Macron’s meeting with KRG Prime Minister Nechirvan Barzani and his deputy Qubad Talabani was the first high-profile international meeting for the Kurdish leadership after a Sept. 25 independence referendum.

U.S. Secretary of State Rex Tillerson and British Prime Minister Theresa May have both made trips to Iraq after the referendum but only met officials in Baghdad and made no visits to the KRG capital Erbil.

Western powers had encouraged the Kurds not to hold the referendum and instead engage in dialogue with Baghdad.

Macron again called for dialogue between the central government in Baghdad and the semi-autonomous KRG within the framework of the Iraqi constitution, saying he was convinced a “constructive dialogue” could lead to lifting Baghdad’s restrictions on the Kurdish region.

Kurds voted to break away from Iraq in the referendum, defying the government in Baghdad and alarming neighboring Turkey and Iran who have their own Kurdish minorities.

The Iraqi government responded by seizing the Kurdish-held city of Kirkuk and other territory disputed between the Kurds and the central government.

Long-serving Kurdish president Masoud Barzani stepped down over the affair and the regional government led by his nephew Nechirvan has tried to negotiate an end to the confrontation.

The Kurdish prime minister said on Saturday he saw France playing a role to end the dispute with Baghdad and that his government respected a verdict by the Iraqi Supreme Federal Court ruling the referendum unconstitutional and its results void.

“With regards to the referendum, we are in a new era, and this issue is over and we have made our position in the Kurdistan Regional Government clear,” Erbil-based broadcaster Rudaw quoted Barzani as saying.

Macron called for the long-delayed implementation of Article 140 of the Iraqi constitution to settle the status of territories disputed between Baghdad and the Kurds.

Article 140 provided for a referendum to be held by the end of 2007 in the oil region of Kirkuk and other territories claimed by both the KRG and the Iraqi government to determine whether their populations wanted to be part of the Kurdish region or not.

No such referendum took place, among the reasons cited by the KRG to unilaterally hold its referendum on independence.