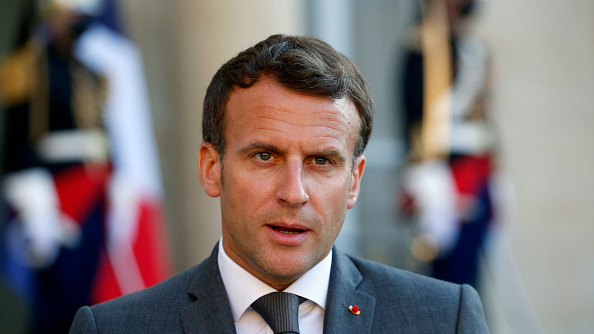 "We must put this incident in perspective, this is an isolated event," Macron told French local newspaper Le Dauphine Libere after he was slapped during a walkabout in southeastern France.

"We must not let ultra-violent people take over the public debate, they do not deserve it," he added.

Two individuals were arrested on Tuesday after Macron was slapped during a visit to the Drome region in southeastern France, local media reported.

A video published by BFM TV news channel showed Macron walking toward a cheering crowd and greeting a man in a green T-shirt, who then slapped him in the face.

Security guards intervened to move the head of state away and pull the man down to the ground. Two people were arrested afterward on charges of willful violence against a person holding public authority, according to BFM TV.

Macron was in Drome to meet residents and discuss how the COVID-19 pandemic has affected their lives.