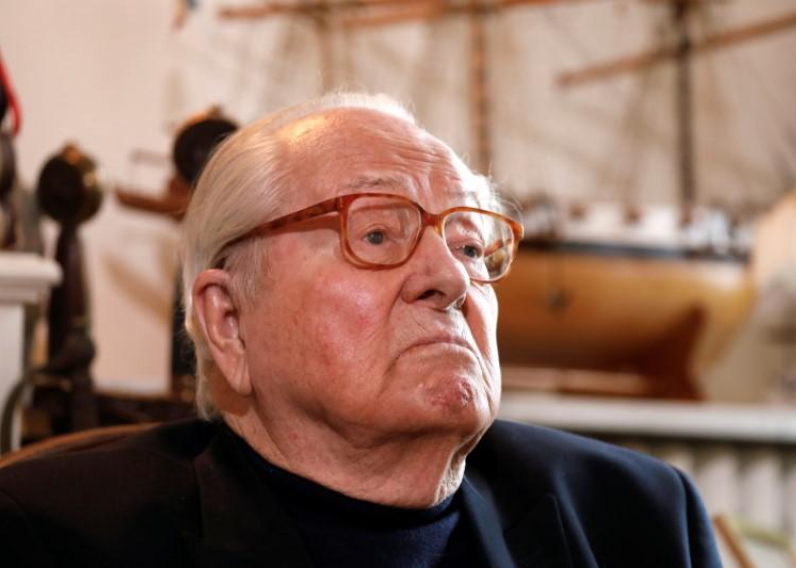 Jean-Marie Le Pen, the former leader of France’s far right National Front party, has been hospitalized for exhaustion ahead of a trial in which he stands accused of inciting homophobia, a source to him said on Wednesday.

The politician - father of Marine Le Pen, who later took up his mantle at the head of the National Front and came second in last year’s presidential election - will turn 90 next week.

He was admitted to hospital near Paris on Tuesday, and “should normally leave on Monday,” one of his advisers said.

Jean-Marie Le Pen, who ran the National Front for four decades and once also made it into the presidential run-off, was due to stand trial in Paris on Wednesday for inciting homophobia and insulting homosexuals.

His hearing will now take place on Oct. 3, the source said.

Le Pen, long at odds with his daughter who has tried to clean up the National Front’s image and kicked him out of the party in 2015, has already been convicted several times for inciting racial hatred.

Marine Le Pen led a name change at the party following her election defeat, after a bid during her election campaign to distance the anti-EU, anti-immigration movement from its anti-Semitic, xenophobic image under his tenure.

It is now known as the National Rally.