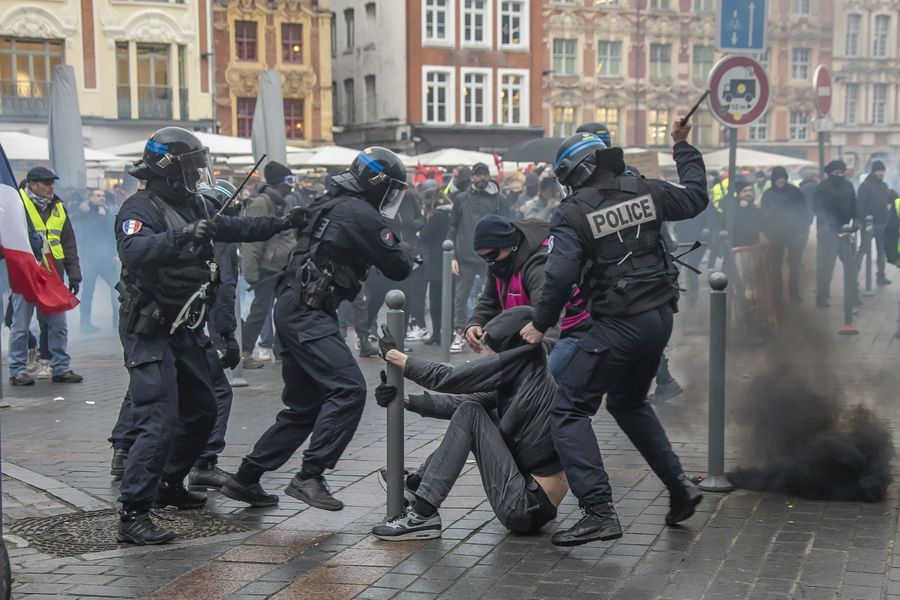 PARIS - French lawmakers on Monday began debating the government's draft bill on pension reform, which had brought crowds into the streets and disruptions to transport services in December and January.

Defending a reform "whose ambition is great, even immense," the newly-appointed Solidarity and Health Minister Olivier Veran argued that an universal system "is the pillar of social protection."

"Today is the time for responsibility towards the French through a discussion that will take the time it needs," he addressed the National Assembly.

Challenging a taboo, the government has proposed a point-based pension system with same rules applying to all, regardless of profession or sector, to replace the current system of 42 regimes.

It also plans to end a specific regime for workers of public transport companies RATP and SNCF, which allows train drivers and other staff who work underground to retire at 52 -- a decade earlier than the legal retirement age for a full public pension.

Under the new system, every hour worked will earn pension rights, which will benefit gig economy workers who often do not earn enough to lock in pension rights under the current system.

"Our predecessors have carried out courageous reforms but always for budgetary reason ... Our reading is broader, our ambition exceeds the balanced budget. It is a social overhaul that the government is proposing," Laurent Pietraszewski, secretary of state for pension reform, told lawmakers. 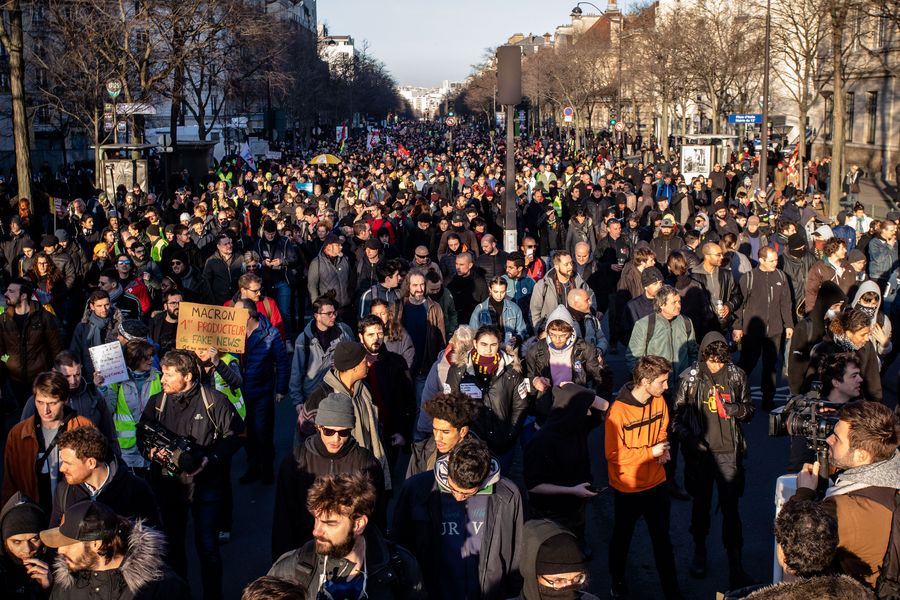 Willing to compromise on the disputed reform, the government has offered some concessions including a temporarily removal of "pivotal age" of 64, the most contested measure of the reform. It invited unionists to dig for another way to balance the pension deficit during a financing conference. Otherwise, the measure will be added back in before the bill is slated to be voted into law this summer.

"We will do everything we can to prevent this law from being passed," he told local media.

As the debate in the lower house of the parliament seemed to be heated, trade unions are still a long way from a deal with the government over the planned reform.

Unions have planned countrywide protests on Feb. 20. During last two months, large crowds including teachers, civil servants, medical staff, drivers, police and even students had participated in seven separate days of nationwide demonstrations to pressure Macron to reconsider his reform.

They say the reform would effectively force people to work longer, in particular public sector workers that have been allowed to retire earlier often because of hard working conditions. The government argued that the costly pension system, which is almost entirely borne by the state, needs to be brought into balance.