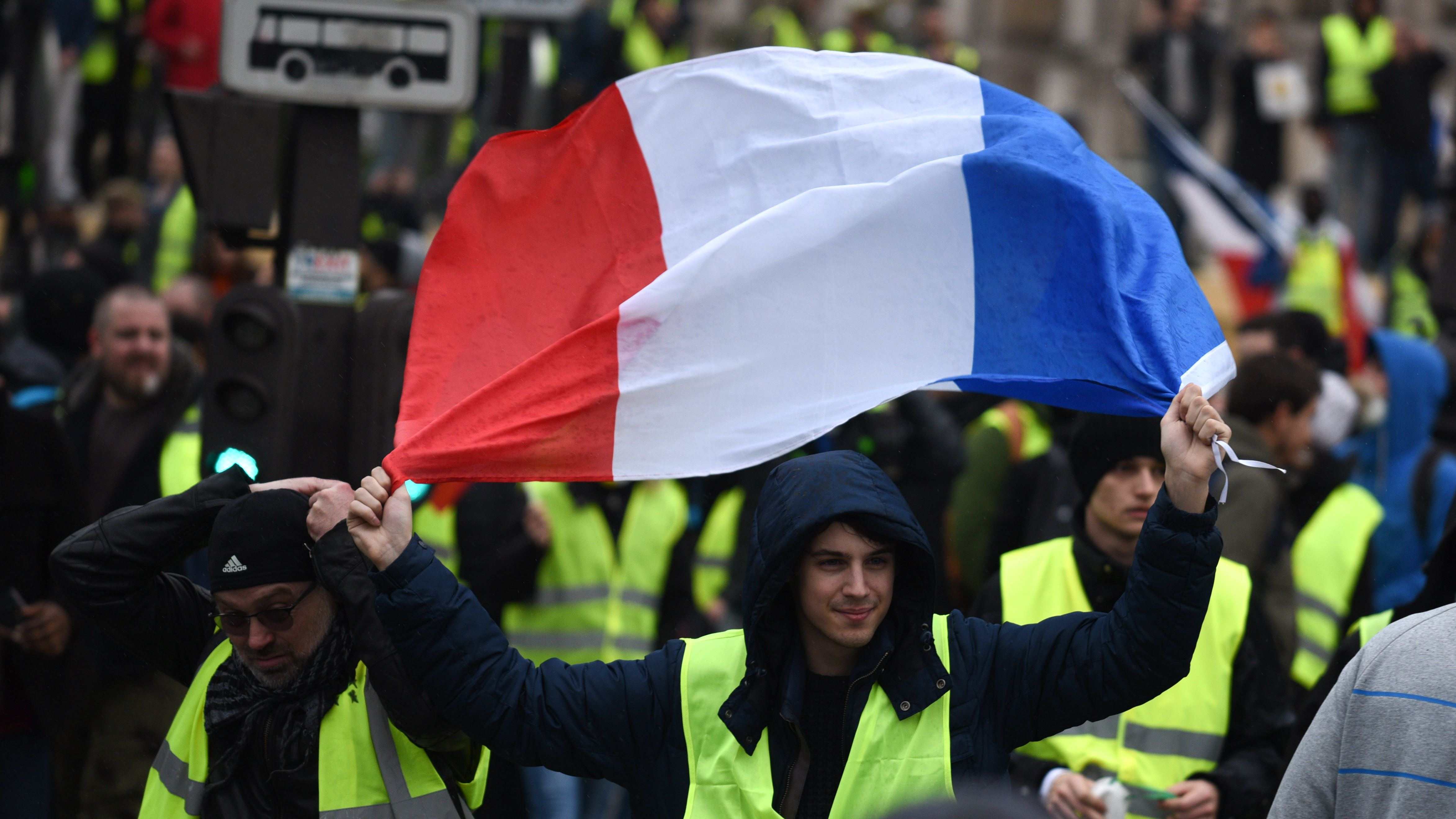 France’s response to “yellow vest” protests could be a turning point for euro zone bond markets if it kicks off an era of increased public borrowing in the bloc and loads additional debt on to a market already nervous over the removal of European Central Bank stimulus.

Increased public spending could be the way out for governments struggling to contain discontent over living standards and may face a strong challenge from populist politicians at May's European parliament elections.

But if that pushes up government bond supply, it may also increase concern about some member states' longer-term ability to service debt, and could hamstring the European Central Bank's plan to lift interest rates.

Central to this is the situation in France, where people have taken to the streets in recent weeks wearing brightly colored “gilets jaunes” or “yellow vests,” protesting against President Emmanuel Macron's economic policies.

In response, Macron pledged tax cuts for pensioners and minimum wage increases that will cost France an additional 8-10 billion euros.

With Italy and Spain already ramping up 2019 spending plans, and even Germany reviewing its long-standing conservative fiscal stance, debt could be on the rise again in the bloc.

The immediate implications for European debt metrics don't look too worrying. The European Commission forecasts the bloc's budget deficit at 0.8 percent of gross domestic product in 2019, after 0.6 percent last year. The extra French spending may add 0.1 percentage points to this, analysts estimate.

The bigger concern is that more spending in the bloc's second and third-largest economies may set a precedent for the rest. And it will entail more borrowing in countries already dogged by high debt and sluggish growth.

France's debt-to-GDP ratio is close to its record high at just under 100 percent. Italy's debt is the highest in the region in absolute terms and the highest barring Greece as a percentage of economic output at around 133 percent, according to Eurostat.

To account for its extra spending, France has raised its 2019 bond issuance plans. Gross issuance in Italy, which is already the biggest euro zone government debt issuer, is expected to rise by 10 billion euros this year to about 247 billion euros.

“The fiscal slippage will encourage the populist forces everywhere in Europe and encourage them in Southern Europe, in particular starting with Italy,” said Tristan Perrier, a macro economist at Amundi, Europe's biggest asset manager with 1.5 trillion euros under management.

Many argue a fiscal boost is long overdue for a region racked by years of austerity and could support an economy that has lost momentum in the final months of 2018.

Analysts at Goldman Sachs estimate that the fiscal changes will boost euro zone GDP growth by up to 0.4 percentage points in 2019.

But fiscal expansion driven by populist forces is not necessarily a positive for the economy, others argue.

“Fiscal expansion, when you know it's going to aid the productive potential of the economy, is a good thing,” said Karen Ward, chief market strategist at JP Morgan Asset Management.

“As long [as] it's fiscal expansion, which provides a longer-term solution, fine. The problem is they tend not to be, and in which scenario we need to worry about the increment to debt.”