France's education minister on Friday said 22 schools have had to shut on French territory due to the coronavirus since pupils returned to school this week, emphasising that over half of these were in the Indian Ocean island of La Reunion. 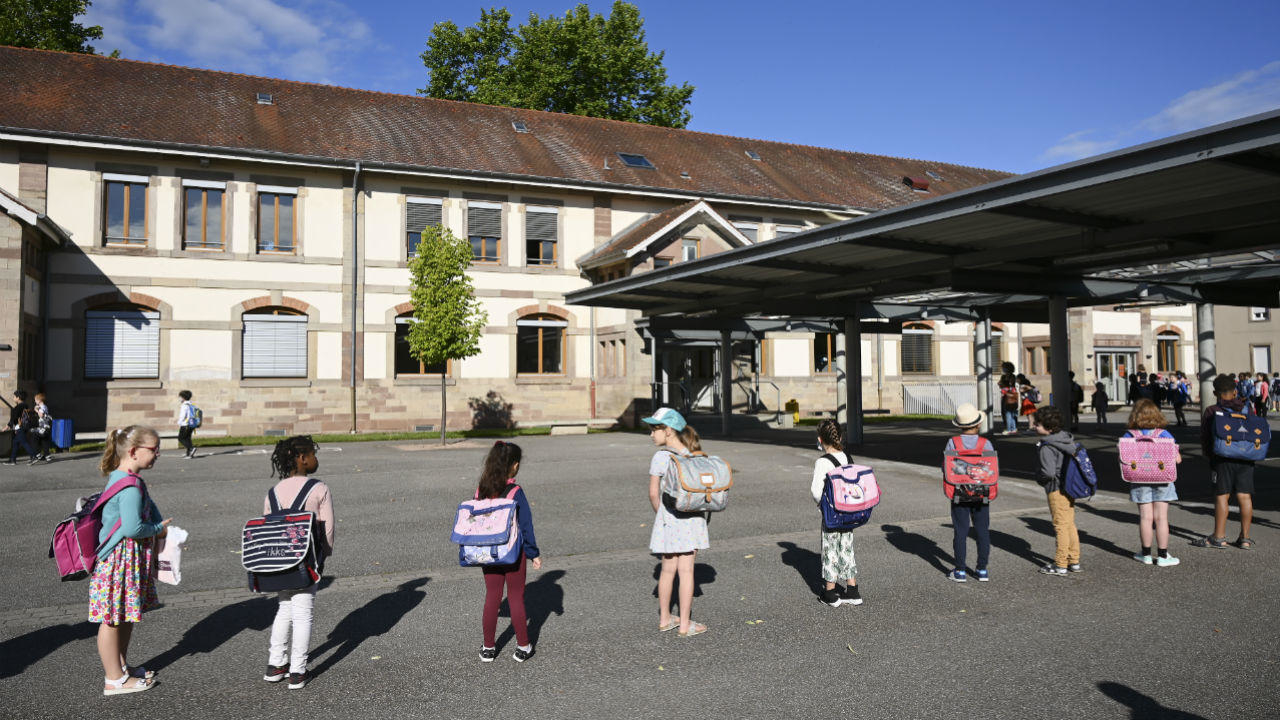 Children wait to enter their classrooms in Strasbourg on June 22, 2020, as schools reopen in France. (Photo: AP)

Education Minister Jean-Michel Blanquer told Europe 1 radio that he was however pleased with how the return to school had progressed since children went back nationwide on Tuesday.

Ten schools have closed in mainland France and 12 on La Reunion, where there has been a recent surge in coronavirus cases, he said. France has some 60,000 schools nationwide.

Up to 130 classes have also been halted within schools and the minister said the authorities were checking around 250 incidents related to Covid-19 in schools every day.

These incidents are mainly linked to "factors outside school concerning people who could have been contaminated" over the summer, he said. More than three Covid cases means that the school is temporarily shut, he said.

But he added the first week had gone "relatively well" and "despite the fears everyone went back and that makes me very happy", he said.

France is currently seeing a surge in coronavirus cases -- with 7,157 new cases reported on Thursday -- although authorities have said everything will be done to avoid any new nationwide lockdown.

The surge has worried France's far-flung overseas territories in the Indian Ocean, Pacific and South America, where health systems are often not as sturdy as those on the mainland.