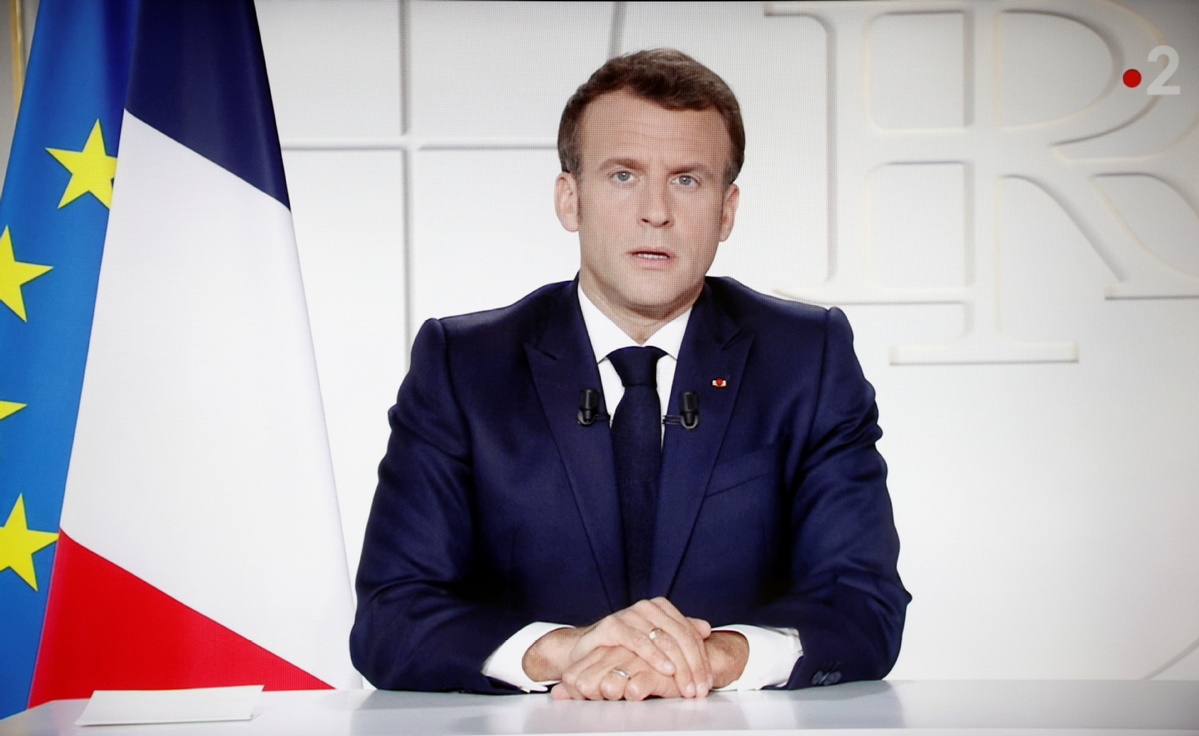 French President Emmanuel Macron is seen on a screen as he addresses the nation about the state of the coronavirus disease (COVID-19) outbreak as a fast-spreading third wave of COVID-19 infections threatens to over-run hospitals in France, March 31, 2021. (Photo: Agencies)

The annual deficit, which has spiralled as President Emmanuel Macron's government tries to prop up the struggling economy with massive spending, is now expected to reach nine percent of gross domestic product (GDP) in 2021, he told reporters.

This compares to an 8.5 percent estimate included in the government's 2021 budget plan, and a three percent deficit limit EU members must usually respect but have swept aside as they deal with Covid.

The minister had already told Sunday paper JDD that economic growth was now likely to come in at 5.0 percent this year and not 6.0 percent as believed earlier.

The government last week extended Covid restrictions to cover the entire country and said they would remain in place for at least a month.

"These measures will affect the French economy," Le Maire said.

The minister called the new forecasts "exact and sincere".

France is going through a third wave of the pandemic which has seen daily new cases surge to 40,000, around double their level a month ago.

Le Maire also said he had reached an outline agreement with the European Commission allowing France to pay more aid to flagship carrier Air France which has been struggling due to Covid restrictions along with the rest of the world's airlines.

In return, Air France would have to give up some slots at Orly, Paris's second-busiest airport after Charles-de-Gaulle, he said.

The sums involved would be discussed with the carrier which was expected to vote on the deal at a board meeting Monday, Le Maire said.

Although the Irish airline lost its legal case against state aid for the French carrier, it has argued that any additional help should be made contingent on Air France giving up airport capacity.