France says Iran's missile program must be put 'under surveillance' 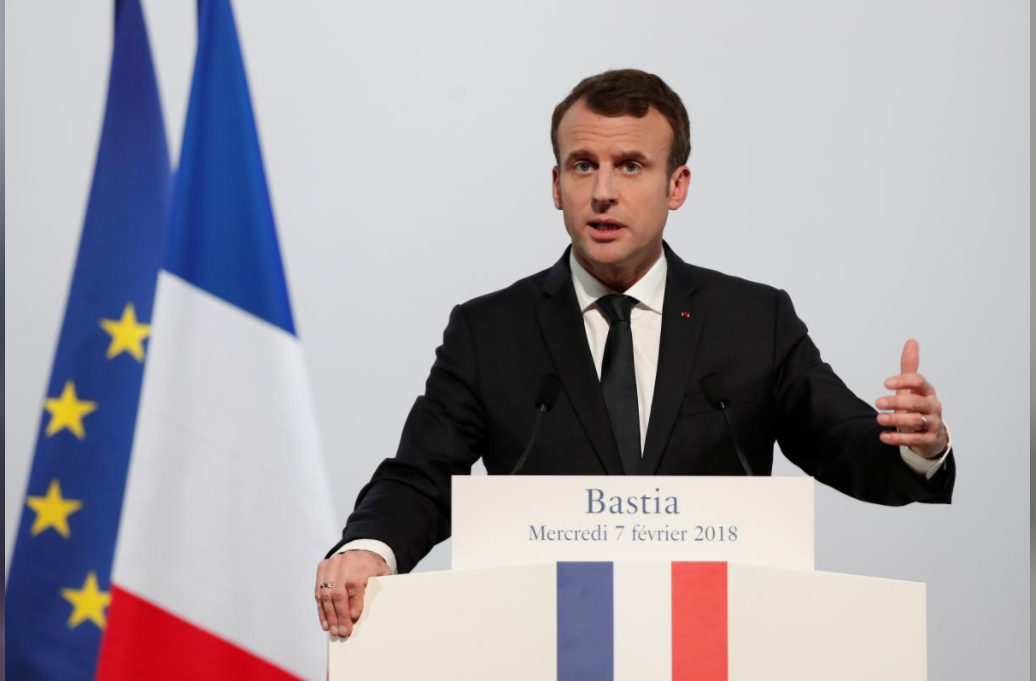 Iran’s ballistic missile program must be placed under international surveillance, French President Emmanuel Macron said, in an bid to get tougher on Tehran while preserving the nuclear deal that Donald Trump has threatened to scrap.

With the 2015 deal, aimed at stopping Iran developing nuclear weapons, put in jeopardy by the US president, Britain, France and Germany are working on a plan to satisfy him by a May 12 deadline to address Iran’s ballistic missile tests and its regional influence.

Macron said France, one of the signatories to the nuclear deal, wanted to preserve it as nothing better had been offered.

However, he said the use of Iranian-linked missiles in Yemen and Syria needed to be addressed because they were a security problem for French allies.

“I want a new cycle of negotiations with regional parties and the permanent members of the Security Council, like we did for the nuclear deal, but widening it to regional countries so that we can reduce and eradicate this insecurity,” Macron told reporters late on Tuesday.

“And (we need) to put Iran under surveillance over its ballistic missiles. It’s indispensable for the security of the region and so we need a mechanism of sanctions and control adapted to that.”

While Iran accepted curbs on its nuclear work - which it says is for purely peaceful purposes - it has repeatedly refused to discuss its missile program, something the United States and the Europeans have called for.

Iranian Deputy Foreign Minister Abbas Araqchi said on Feb. 8 that the West must ensure the nuclear deal succeeds before trying to negotiate other issues.

Citing Iranian influence in Iraq, Lebanon and Yemen, Macron said Tehran’s foreign policy “can sometimes be a factor of destabilisation and we need to have a dialogue with the Iranian regime.”

He added: “I think all forms of military solution to this situation are an error. We’ve lost too much time on the ballistics and on regional activities.”

Macron, whose foreign minister travels to Tehran on March 4, said he wanted to wanted to organize a meeting of the main players in the Syrian crisis.

“I want that we have in the coming weeks a meeting on Syria that eradicates the ballistic activities in Syria that puts in danger all the regional powers,” he said, without elaborating.