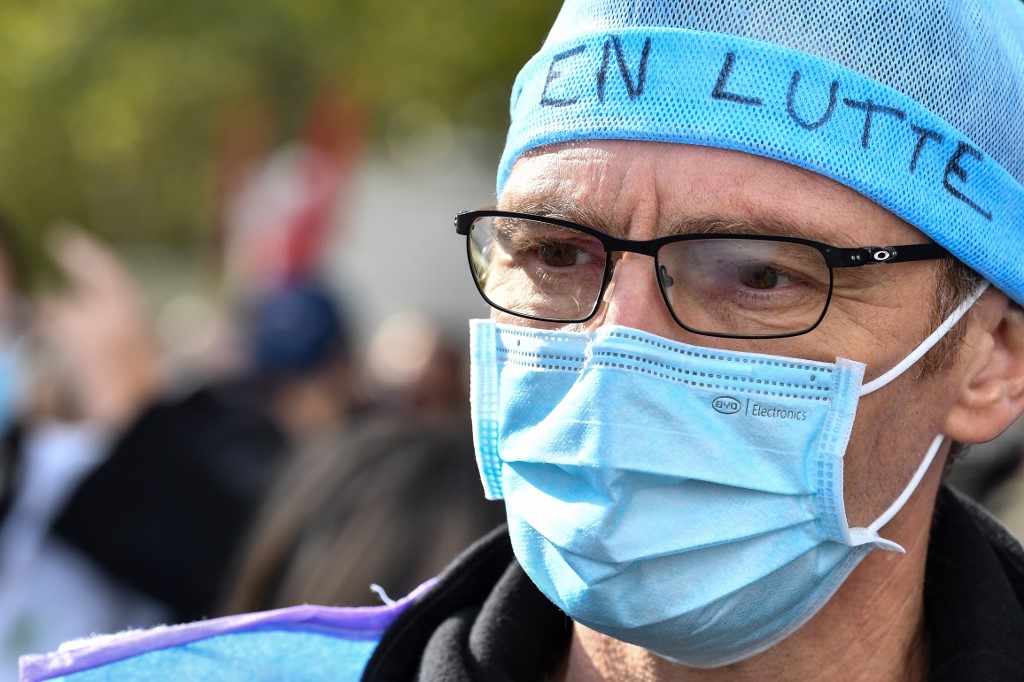 A member of the nursing profession wears a protective face mask and a hair net with the word 'We Struggle' during a rally by nursing staff following a call by the trade unions and hospital groups at Place Vauban, in the French capital Paris on October 15, 2020. (Photo: AFP)

Paris (People’s Daily) - The number of new confirmed cases of COVID-19 reached 52,010 in 24 hours, the highest record since the outbreak of the epidemic in France, according to statistics from the French health department on Sunday.

French Health Minister Olivier Veran recently said that the epidemic in France will become heavier in the next few days or weeks. Many French politicians and regional medical associations called for an extension of the curfew or the launch of a regional blockade to prevent the spread of the epidemic.