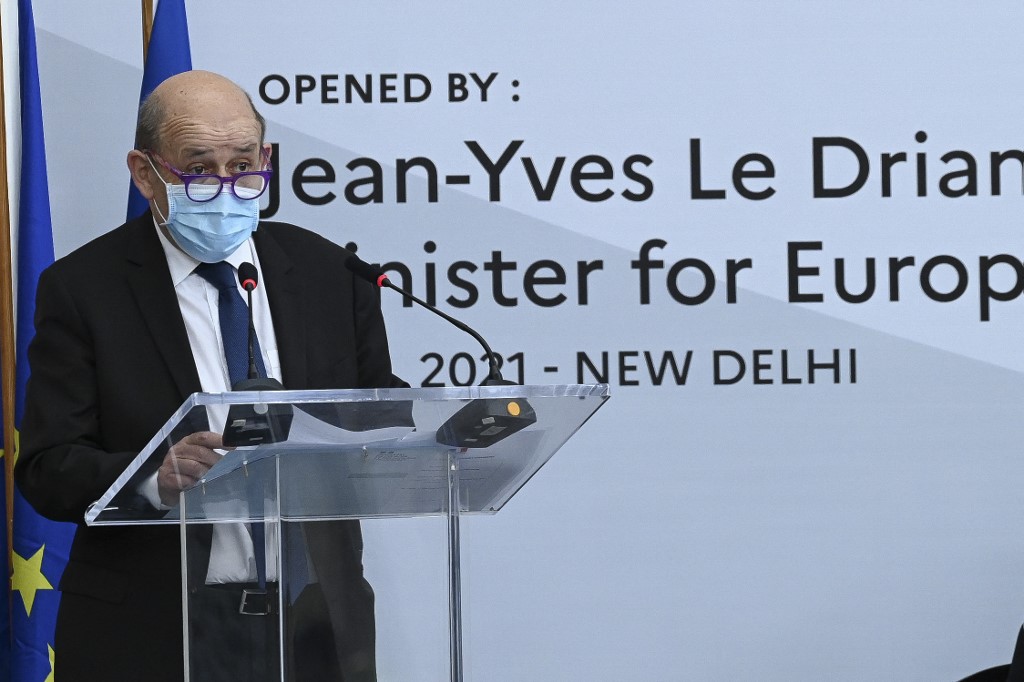 "This is only the beginning; if the situation remains the same, tougher measures will be adopted and we have started thinking with our partners at the European Union about the tools that can be used to increase pressure on Lebanese officials," Le Drian said during his meeting with journalists at La Residence des Pins, the official residence of the French ambassador to Lebanon.

Le Drian's two-day visit to Lebanon that ended on Friday focused on the delay in the cabinet formation and possible ways to break the political deadlock.

However, the top French diplomat said there was still no sign of a breakthrough in what he described as "collective suicide" in Lebanon.

"My observation today is that the political players have not lived up to their responsibilities and still not seriously started working on the country's recovery," he said, warning politicians in Lebanon will face the consequences of not acting now in a responsible way.

The French minister also held a meeting with representatives of Lebanon's opposition parties and activists supporting the uprising that broke out on Oct. 17, 2019.

The nationwide protests in Lebanon have been pushing for parliamentary elections due in spring 2022 in the aim of implementing a political change in the country.

"Respecting the democratic timetable in Lebanon is a must and any postponement attempt (at elections) would not be accepted by the international community," Le Drian warned.

French President Emmanuelle Macron visited Lebanon twice last year following the two explosions that rocked Beirut's port on Aug. 4, 2020, in a bid to convey a message of support for the Lebanese and to push for the formation of a cabinet capable of implementing structural reforms in the country.

However, Lebanese officials failed to form a cabinet and unlock the much-needed aid for the country.