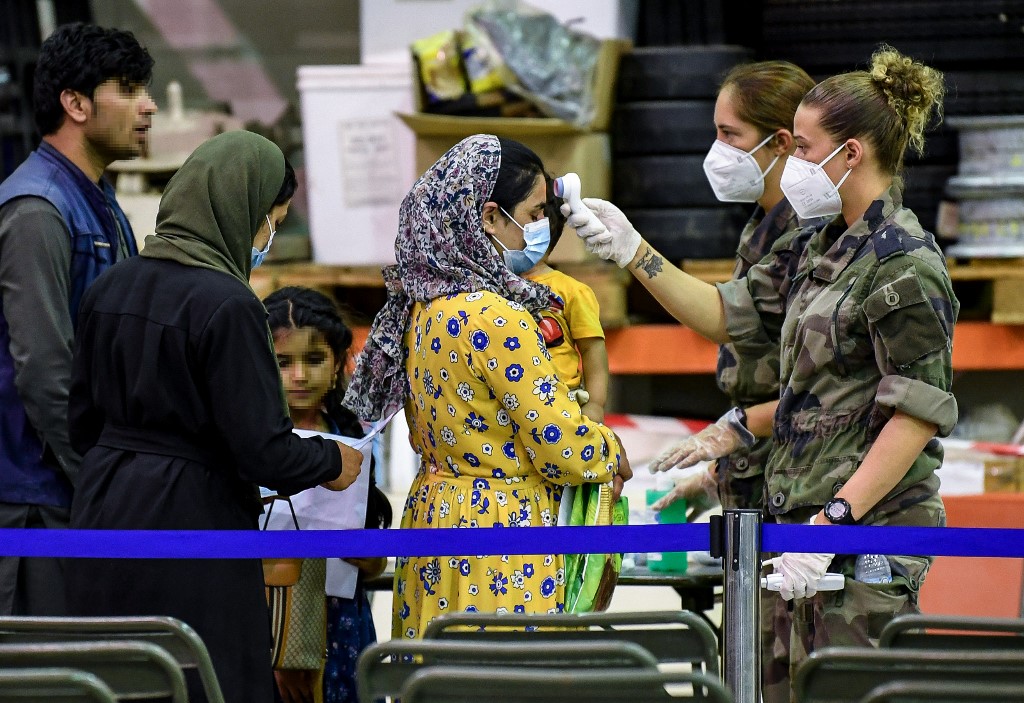 A French soldier checks the temperature of a woman as people wait in a reunion and evacuation center at the French military air base 104 of Al Dhafra, near Abu Dhabi, on August 23, 2021, after being evacuated from Kabul as part of the operation "Apagan". (File photo: AFP)

Beyond this date, "it will not be possible to carry out evacuations from Kabul airport," Castex told RTL radio Thursday.

A source close to the government added that the date had been imposed on France by the plan of the United States, which is providing security at the airport, to pull out by August 31.

The source added that France would do everything to keep its operation in place for as many more hours as it can, saying that the evacuation of civilians would wind up several hours before the formal end of the mission when military and remaining embassy services would leave.

The French foreign ministry has indicated that the final evacuations of civilians from Kabul by France would be late on Thursday or Friday morning.

Castex said some 2,500 people had been evacuated by France since the takeover of Kabul by the Taliban on August 15. The operation has seen the evacuees taken to a French base in the United Arab Emirates by military aircraft and then onward to France.

He said this number included French citizens, but also "Afghans who have contributed, in one way or another, in their support to the (French) army, as well and their families, artists and journalists."

His comments came as Britain warned of an imminent risk of a terror attack at the airport, while the Netherlands also said it was halting evacuation flights.