France is to extend its COVID-19 curfew to a further eight departments, Prime Minister Jean Castex said Saturday, citing a "tough and necessary" response as some opposed the restrictions in several cities. 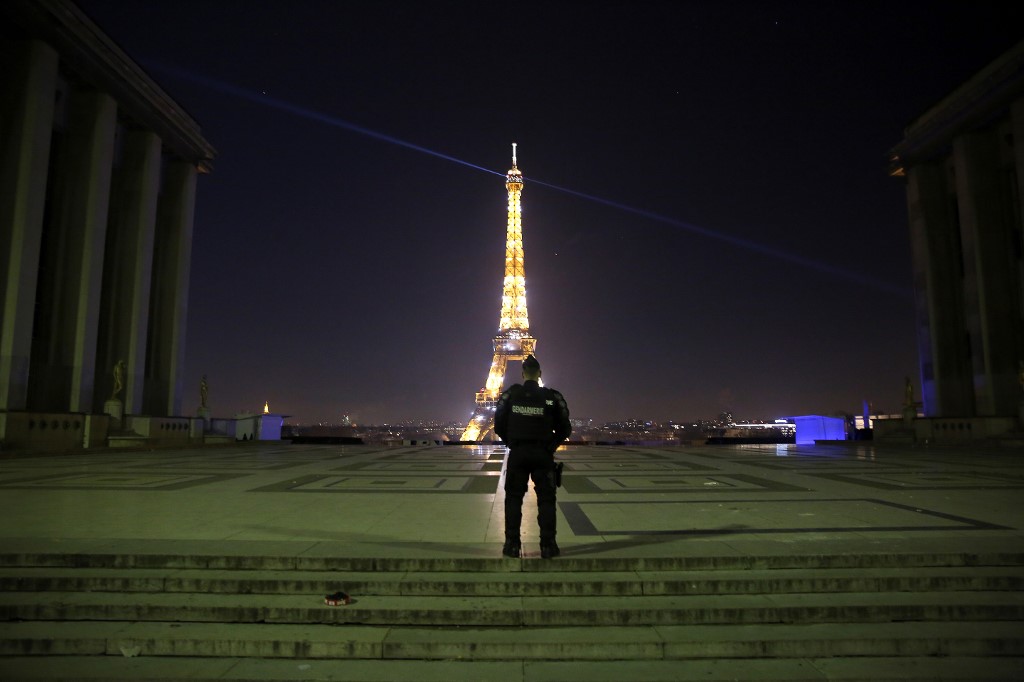 A policeman patrols at the Trocadero in front of the illuminated Eiffel Tower during the New Year's Eve as a 8:00 pm-6:00 am curfew is implemented in France to avoid a third wave of Covid-19 infections, in Paris, on December 31, 2020. (File photo: AFP)

France has been ramping up its anti-virus restrictions in the face of rising cases and imposed a post-New Year curfew from 6 pm (1700 GMT) on 15 of its 101 departments, the remainder subject to an 8 pm confinement.

Those 15 are deemed to be where the virus is spreading the most in a country which has seen some 67,000 deaths to date from some 2.7 million cases and with a reproduction rate escalating.

The new departments likely to be be subject to an earlier curfew are primarily in the east of the country, including Bas-Rhin, Haut-Rhin and Cote d'Or, as well as the central one of Cher.

Castex highlighted the southern port of Marseille, France's second largest city, where local politicians of all stripes have voiced opposition to extending the partial lockdown, questioning its effectiveness.

"In reality we are applying the same criteria to Marseille as we apply elsewhere," said Castex, confirming the earlier lockdown would be extended to eight departments including the Bouches-du-Rhone, which includes Marseille.

"Everybody is conscious of the epidemic not weakening or that on the contrary it is growing stronger in some areas," Castex said.

Castex also defended the government's vaccine rollout strategy, criticised in some quarters for its slow start.

"The objective is to go quickly, (but) do it in absolutely irreproachable security conditions."

Opinion polls show around half the French population are sceptical about having the jab -- their opposition notably higher than in neighbouring countries.

Castex underlined what he termed the "credibility" of the vaccine strategy, adding "it must succeed as that is what will allow us to find out way out of this serious and worsening health crisis."

Health Minister Olivier Veran stressed that France would be stepping up the rate of vaccinations from the coming week.