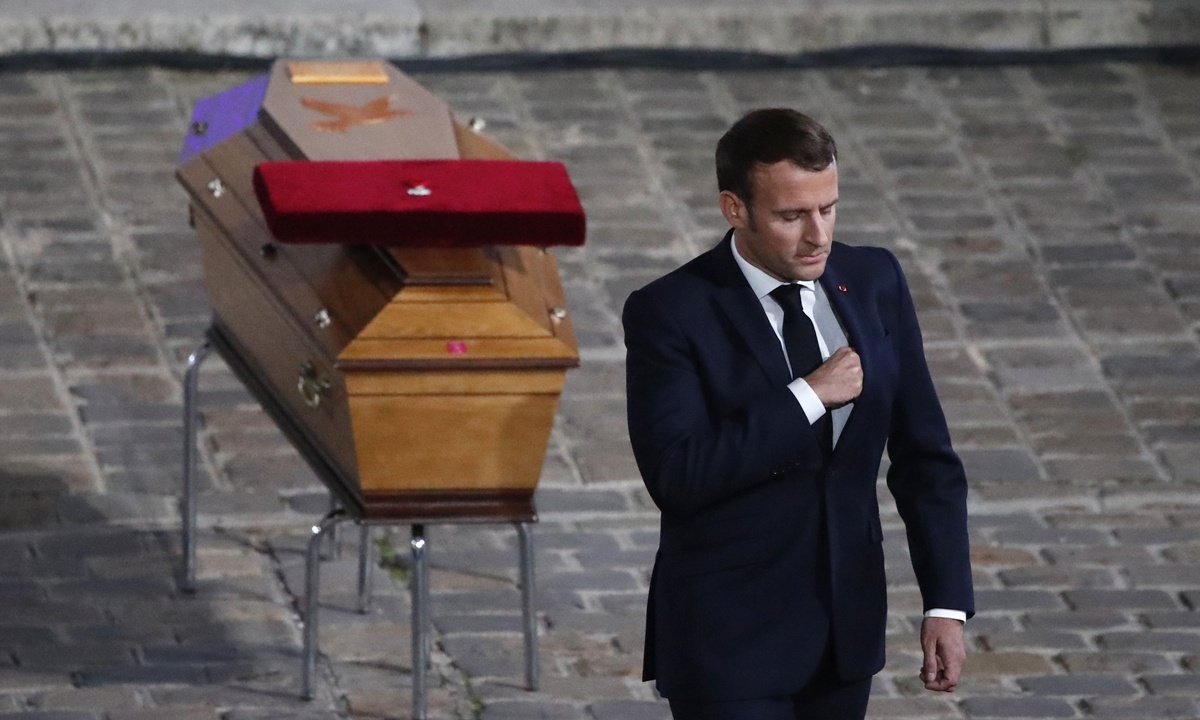 French President Emmanuel Macron pays his respects by the coffin of Samuel Paty in Paris on Wednesday during a national homage to the French teacher, who was beheaded in broad daylight outside his school. (Photo: AFP)

French President Emmanuel Macron is expected on Tuesday to host a video summit about an EU-wide response to recent attacks in Europe blamed on Islamist radicals, his office said.

He is expected to first meet with Austrian Chancellor Sebastian Kurz in Paris before both will be joined by German Chancellor Angela Merkel, European Council chief Charles Michel and Commission head Ursula von der Leyen via video links, the Elysee Palace said.

The meeting is expected to come a week after a convicted Islamic State group supporter killed four people in a shooting rampage in the heart of Vienna, which followed October's attack on a church in Nice and the beheading of a teacher near Paris.

Some of the participants in Tuesday's video call are expected to take questions during an online news conference afterwards, Macron's office said.

"We believe that this terrorist threat is a fundamental, profound and serious threat against the values that form the basis of the European project and we have no intention of showing weakness," Michel told a news briefing in Vienna where he attended a ceremony in memory of the attack victims.

Beaune, also in Vienna for the ceremony, said the Frontex agency charged with protecting the EU's external borders should see its staff number boosted to 10,000 from 1,500 now.