WORLD France to impose self-quarantine for travelers from UK

France to impose self-quarantine for travelers from UK 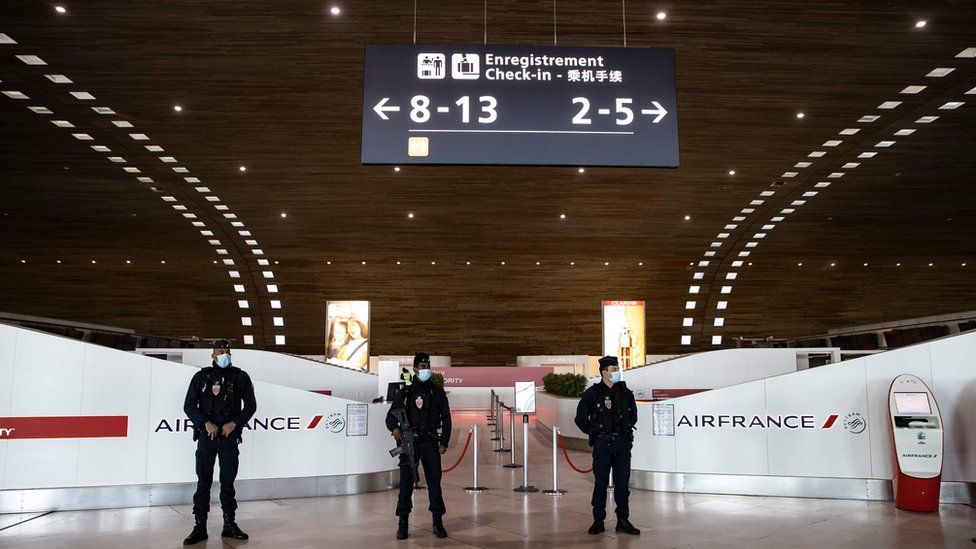 PARIS, May 26 (Xinhua) -- Travelers arriving from the United Kingdom (UK) will be subject to compulsory self-quarantine due to the spread of the virus variant first detected in India, French government spokesman Gabriel Attal announced on Wednesday.

Details on the new measure will be unveiled in the coming hours, Attal told a news briefing after a cabinet meeting.

Since late April, France has ordered strict 10-day quarantine for all arrivals from 16 countries including Chile, South Africa, Brazil, Argentina, India, Turkey and some Gulf countries, where the new coronavirus strains are active.

Travelers from the high-risk countries are required to present a negative polymerase chain reaction (PCR) test taken less than 36 hours before boarding.

In France, the circulation of COVID-19 new strains was stabilizing, Attal said, noting that "the sanitary situation continues to improve significantly."

The number of new COVID-19 cases fell by 15 percent in a week and less than 20,000 patients were receiving treatment in hospitals, down by 2,600 from last week, reaching the lowest level since late October 2020, he added.

On Tuesday, 3,155 cases were confirmed, bringing the cumulative tally to 5.6 million, including 108,879 deaths, according to data released by health authorities.

The number of critically ill patients in intensive care, a key indicator to evaluate the health system's ability to cope with sanitary crisis, fell for the third straight week to 3,447, down from around 6,000 at the end of April.