PARIS, March 17 (Xinhua) -- France will implement stricter rules in more regions, including Paris and its surrounding areas, from this weekend to curb COVID-19 resurgence as daily infections hit the new highest level since mid-November 2020. 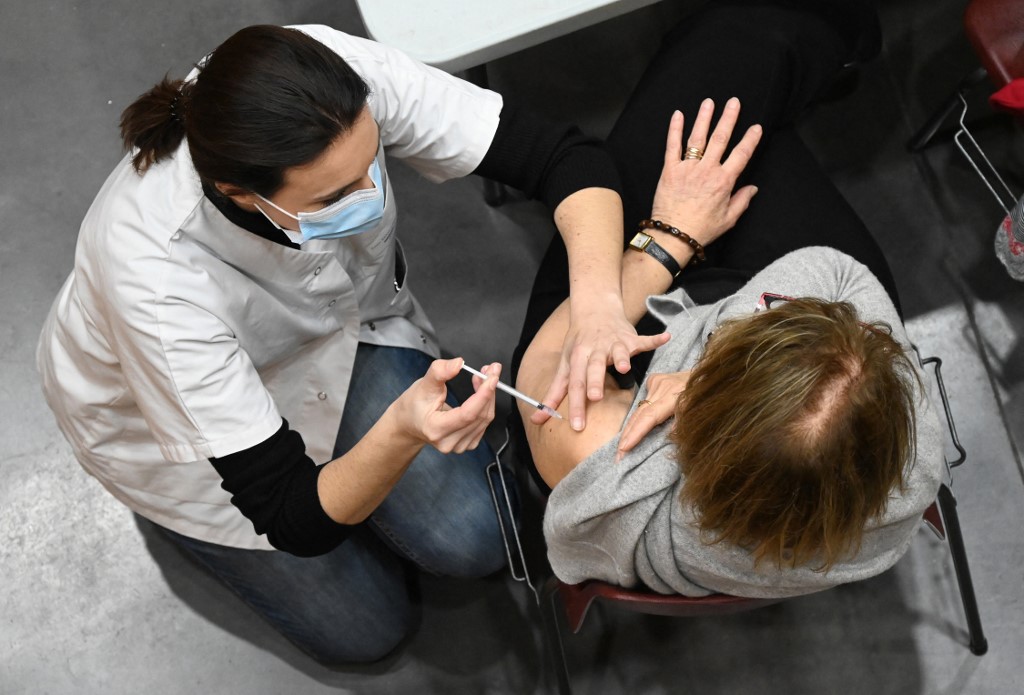 A nurse administers a dose of the vaccine against the Pfizer-BioNtech coronavirus disease (Covid-19) on March 17, 2021 at the Béziers vaccination center at the Zinga Zanga village hall in the south of France. (File photo: AFP)

"The epidemic situation is deteriorating," said government spokesperson Gabriel Attal on Wednesday. "With the virus variants, the situation has changed. It's almost a new epidemic which has started."

Additional measures would be introduced in the most affected territories notably in the greater Paris region, he told a press conference.

In Paris and its surrounding areas, the epidemic situation is reaching a tipping point, with over 1,100 COVID-19 patients filling up the region's intensive care units, forcing transfers of patients to less-strained zones.

"We will be there to make the decisions that we must take," President Emmanuel Macron told health workers during a hospital visit on Wednesday, promising that the new measures would be "pragmatic" and "proportionate."

In the past 24 hours, another 38,501 infections were reported in France, the biggest daily increase since Nov. 17 last year when 45,522 new cases were confirmed in one day in the country.

France now tallies over 4.14 million people with COVID-19, of whom 91,437 have died, up by 246 in one day, according to figures released by the Public Health Agency.

As the world is struggling to contain the pandemic, vaccination is underway in an increasing number of countries with already-authorized coronavirus vaccines.

Meanwhile, 264 candidate vaccines are still being developed worldwide -- 82 of them in clinical trials -- in countries including Germany, China, Russia, Britain, and the United States, according to information released by the World Health Organization on March 16.