France to tackle violence on women; Italy grapples with same 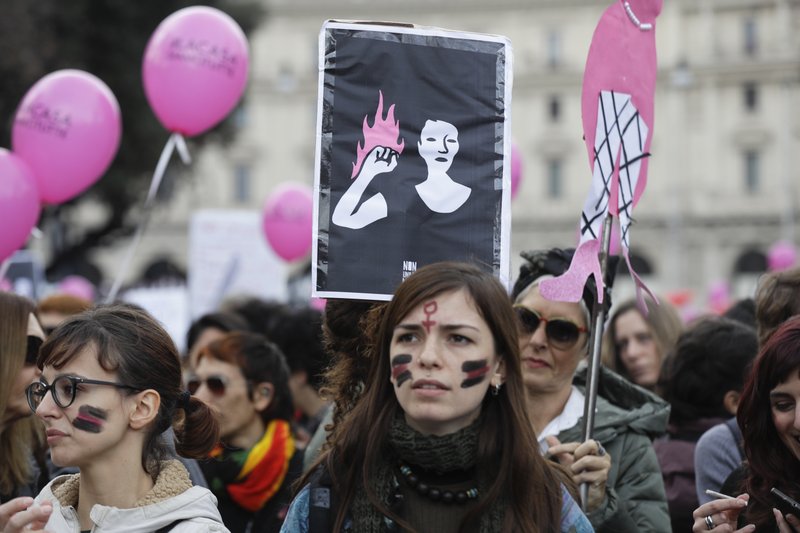 Women take part in the march marking the International Day for the Elimination of Violence against Women, in Rome, Saturday, Nov. 25, 2017. (AP Photo/Gregorio Borgia) 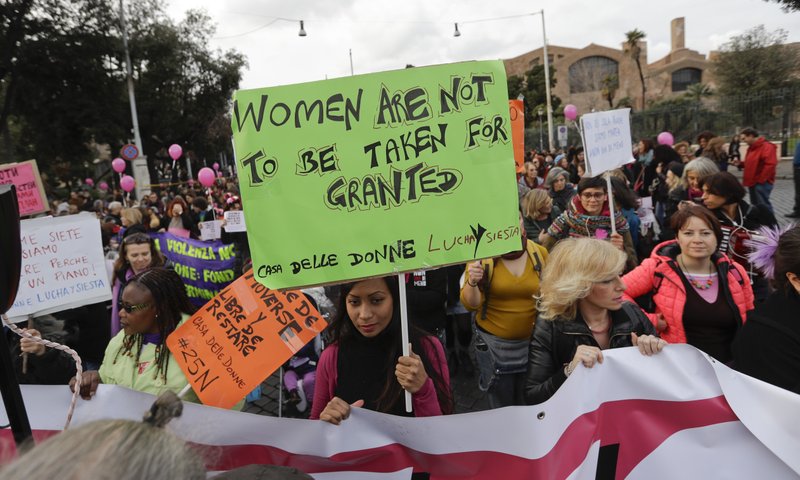 Women take part in a march marking the International Day for the Elimination of Violence against Women, in Rome, Saturday, Nov. 25, 2017. (AP Photo/Gregorio Borgia)

A banner reading “Forever and everywhere against violence against women” during a demonstration for the International Day for the Elimination of Violence against Women, in Paris, Saturday, Nov. 25, 2017. (AP Photo/Thibault Camus) 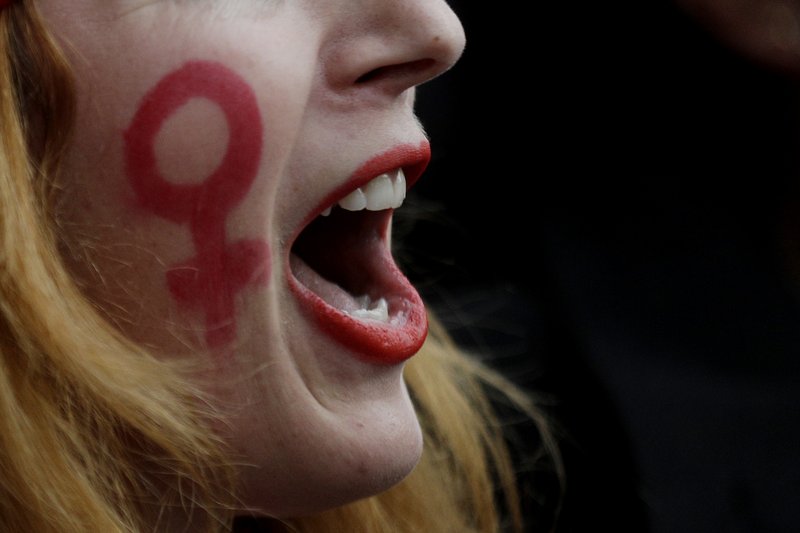 A woman shouts slogans during a march as part of the International Day for the Elimination of Violence against Women, in Rome, Saturday, Nov. 25, 2017. AP Photo/Gregorio Borgia

French President Emmanuel Macron on Saturday launched an initiative to combat violence and harassment against women in France, aiming to erase a sense of shame that breeds silence among victims and changing what he said is the country’s sexist culture.

In a nearly hour-long speech at the Elysee Presidential Palace, Macron noted that 123 women died in attacks against them in France last year. Holding a moment of silence for them, he declared: “It is time for shame to change camps.”

In neighboring Italy, the head of the Chamber of Deputies marked International Day for the Elimination of Violence Against Women by noting with dismay that the “Weinstein case” hasn’t inspired women to speak out on workplace harassment or assault like it has in the United States and other parts of Europe.

Laura Boldrini was referring to the onslaught of revelations after sexual harassment and assault allegations against Hollywood producer Harvey Weinstein were made public.

“The Weinstein case lifted the lid on the shame of (sexual) abuse” in the glamorous world of U.S. cinema, “setting off an avalanche in many other areas of society,” Boldrini said, addressing a special gathering in which all the 630 seats, usually occupied by lawmakers in Parliament’s lower house, were instead filled by guests who came to speak of their rebellion against being victims of men.

Among the invited: a woman who survived being stabbed repeatedly in the back by an ex-beau; the mother of a college student who was strangled and her corpse set ablaze by her former lover after she broke up with him; a woman whose child was slain by her estranged husband to avenge their failed marriage; a Moroccan immigrant whose abusive husband burned down their home after she found the courage to flee to safety with their children; a Nigerian who was trafficked into a prostitution ring the day she set foot in Italy.

“In Italy, this certainly hasn’t had the same effect,” she said, adding: I’d like to think that this has happened because there aren’t molesters, but I’m afraid that’s not the way it is.”

She explained the tendency toward silence, including about rape, saying that women “know that in this country there persists a strong prejudice against them” in terms of their credibility.

In France, Macron’s plan would encourage women to take action, strengthen laws against offenders and educating citizens on the issue — starting from nursery school.

He noted that violence takes on other forms, notably in the workplace, a result of inequality and a false sense of men’s superiority.

“What should be sanctuaries today becomes a hunting ground simply because (men) can use ... age, authority, their post, or simply force,” the French president said.

But Macron cautioned against France becoming a society where every interaction between a man and a woman can come under suspicion. “We are not a Puritan society,” he said.

Among proposed measures, Macron said legal complaints will be rushed through the system, and the statute of limitations for suspected sexual crimes against minors would be moved to 30 years from 20 currently as part of a bill to be presented in 2018.

To encourage more women to speak out, Macron said that from the start of next year, an online alarm system will be set up for instant contact with police.

Nursery school teachers will be trained to address “non-negotiable” equality between the sexes.

Macron said violence against women is most often committed where women “should feel protected” — be it at home, in the street or in the office — and the “deafening silence” must end.

Several of those inspiring other women in Italy to refuse to accept violence at the hands of male companions or relatives, carry their scars of being attacked themselves, like Lucia Annibali, a lawyer whose face was devoured by acid tossed by two attackers hired by her ex-boyfriend, and who now advises the Italian government on legislature measures such as anti-stalking laws.

This rebellion by women marks a stunning turnaround in Italy, where a generation ago, the Italian penal code prescribed lenient prison sentences for men who killed women out of jealousy or to preserve “family honor.”