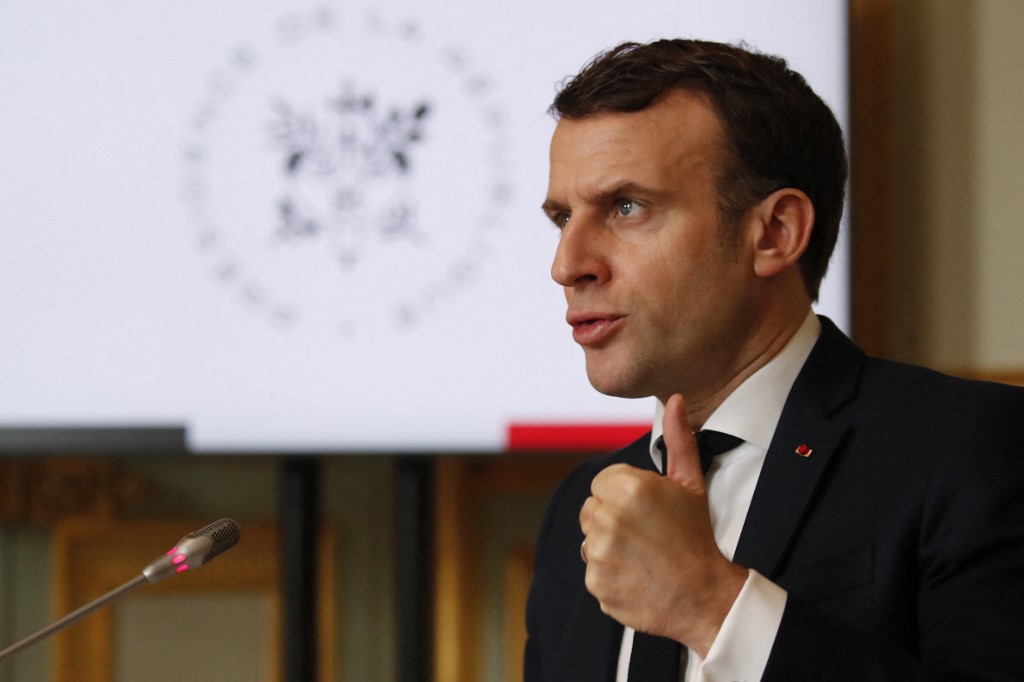 French President Emmanuel Macron speaks during a meeting via video-conference with leaders of the G5 Sahel Tuesday, on February 16, 2021 in Paris. (Photo: AFP)

French President Emmanuel Macron urged West African leaders Tuesday to step up efforts in the fight against Islamic extremists in the Sahel region on both the military and political fronts, with support from the international community.

Macron joined the summit by video that was being held in N’Djamena, Chad, with the leaders of Mali, Burkina Faso, Chad, Niger and Mauritania.

“The challenge of the N’Djamena summit is to take a next step, further and stronger,” Macron said from Paris. “We must not release pressure on terrorist groups."

He said military operations should keep focusing on the region bordering Mali, Niger and Burkina Faso, the epicenter of the fight against jihadist groups. The military will also this year “try to cut off the head” of al-Qaida-linked groups known as JNIM and the Macina Liberation Front, he added.

France has about 5,100 troops in the five West African countries, making it the country's largest military operation abroad.

French soldiers take part in operations in cooperation with a regional force made up of troops from the five countries that was launched in 2017 with support from the United Nations, the African Union and the European Union.

Macron called on international leaders to provide more financial support to the so-called G5 Sahel force, which needs 40 million euros ($48.5 million) per year to be operational.

“As of now, we need to accelerate the financing of the joint force,” he said.

Macron also called for rebuilding state mechanisms and stepping up efforts to support the civilian populations and boost development in the region.

He praised efforts to help stabilize the Sahel region, as several European officials and heads of international organizations attended the summit via videoconference. U.S. Secretary of State Antony Blinken and U.N. Secretary-General Antonio Guterres were to participate via pre-recorded video messages.

French troops have been present the Sahel region since 2013, when they intervened in Mali to expel Islamic extremist rebels from power.