WORLD France wants tougher punishment for those who attack police

France wants tougher punishment for those who attack police

France’s prime minister is proposing tougher and faster punishment for people who attack the police, as the government pays a national tribute to the latest police officer killed in the line of duty. 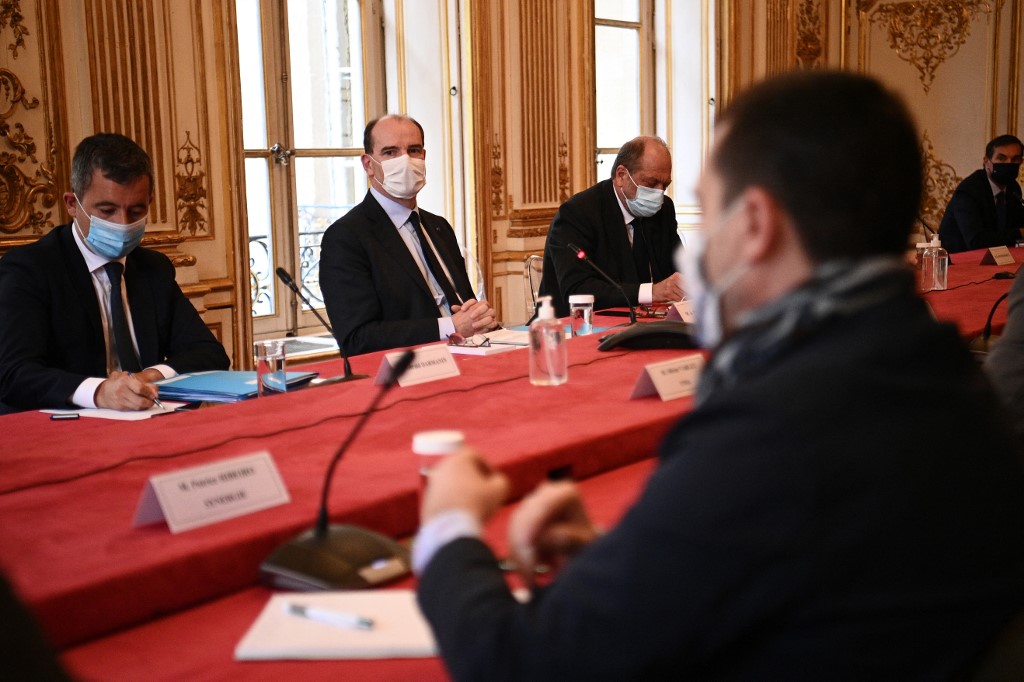 Prime Minister Jean Castex will lead Tuesday’s ceremony in the southern city of Avignon to honor officer Eric Masson, killed last week in an apparent drug-related incident. Four people have been arrested in the homicide investigation, the regional prosecutor said.

It was the latest of several attacks targeting French police that have angered police unions and become a political issue ahead of regional elections in June and France's presidential election next year. Police and local residents rallied in a large protest Sunday in Avignon to demand tougher security policies and unions plan nationwide demonstrations next week.

Castex met Monday with police representatives to try to calm tensions and promised his “full support” to security officers. He said the government will propose new legislation strengthening punishment for those who target police or resist arrest, and faster prosecution.

He also promised 10 million euros ($12 million) in funding for reinforcing security at police stations, after a police administrative official was killed inside her police station in the Paris suburb of Rambouillet last month in what authorities say was an Islamic extremist attack.