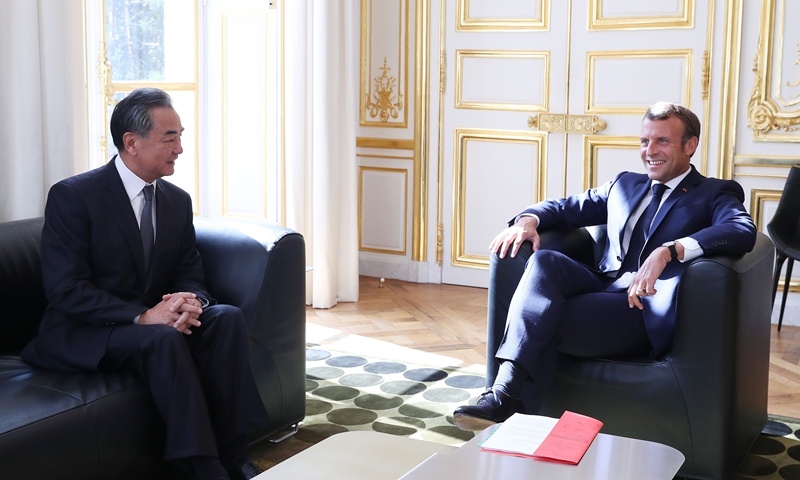 Wang said that the pressing task is to restart bilateral exchanges in all areas in an orderly manner while keeping regular COVID-19 containment measures in place, including strengthening coordination and cooperation in the research and development of COVID-19 therapeutics and vaccines, the Xinhua News Agency reported Saturday.

Macron said that France highly appreciates China's commitment to making any COVID-19 vaccine it develops a global public good, and is ready to deepen cooperation with China in the fight against the virus and to push for more results in bilateral cooperation in trade, agriculture and other areas.  He also said he looked forward to visiting China again at an early date.

After the meeting, Macron told the media that France will not exclude Huawei from its 5G network construction, but will favor European suppliers such as Ericsson and Nokia, Associated Press reported Saturday. 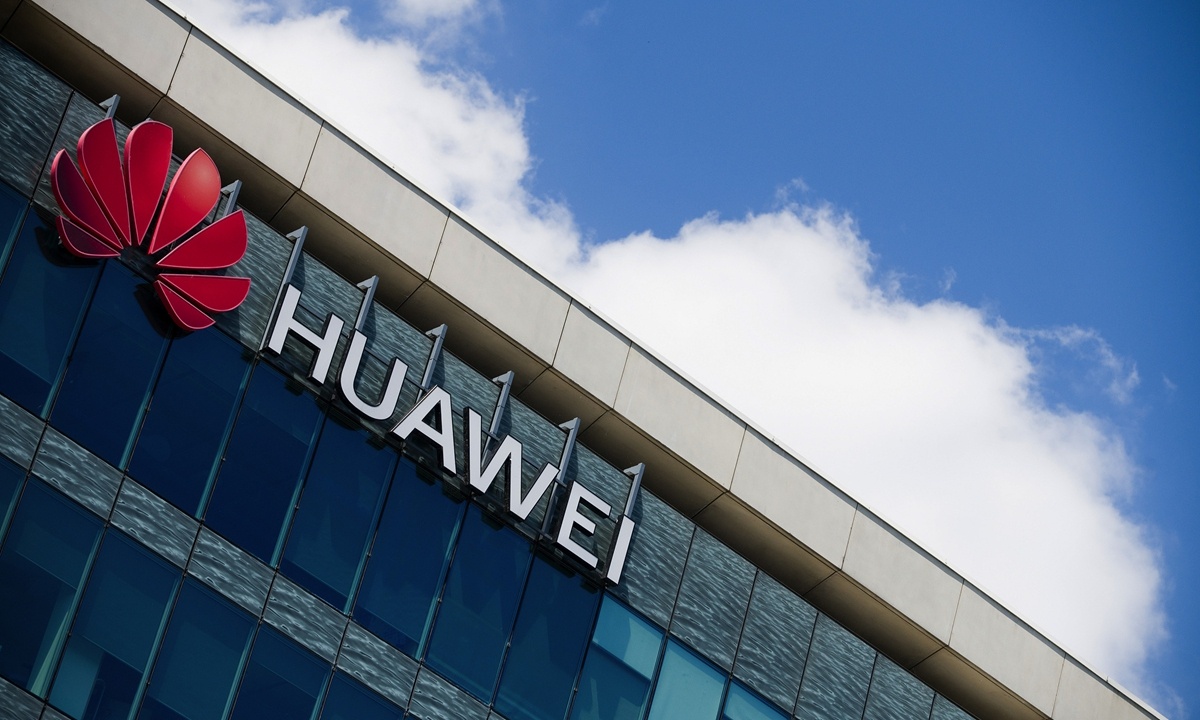 Chinese analysts noted that France has its own pace in dealing with politics, trade and diplomacy. Prioritizing 5G providers within the region is France's response to recent pressure from the US, after the UK excluded Huawei from its network. Macron's pledge shows the country doesn't always dance to the US tune nor has it completely joined its anti-China camp, they said.

Cui Hongjian, director of the Department of European Studies at the China Institute of International Studies, told the Global Times on Saturday that trade and economic ties are the country's stable bond with China and that France also wants a multilateral and stable world as China does, meaning the two countries share common grounds for cooperation despite conflicts in some areas.

China-France relations have a stable economic basis and both sides want to add stability to a world of uncertainties and to support multilateralism and a rules-based economic system amid US unilateralism and protectionism, Cui said.

China-France trade was worth $58.6 billion in 2019 and the top leaders of the two countries communicated closely on epidemic control and bilateral relations during the past weeks, Xinhua reported.

Cui also noted some elements in China-France and China-Europe relations, including ideological changes inside Europe.

"There is a trend inside Europe that more people are raising ideology issues or using it to differentiate friend and enemy, which contributes to political frictions and is unfavorable to China-France relations," Cui said.

France was first to cut its extradition treaties with the Hong Kong Special Administrative Region after the national security law for Hong Kong was initiated.

France and Europe are more aligned with the US politically, and escalating China-US tensions have prompted European countries to become more explicit in their criticism over conflicts such as Hong Kong-related affairs, Cui said.

But sour relations with China are against the interests of France, which will not completely fall into the US camp, predicted Cui.

During his meeting with Macon, Wang said that Europe is an important force in a multipolar world, and China and Europe have always been partners instead of rivals with their consensus far outweighing differences.

China will continue to encourage Europe to maintain strategic independence in accordance with its own fundamental and long-term interests and to strengthen practical cooperation with Europe, analysts said.