France said Wednesday it was worried by Britain's preparations to cope with the reimposition of customs checks after leaving the European Union while emphasising that French officials were ready to prevent potential bottlenecks at the border. 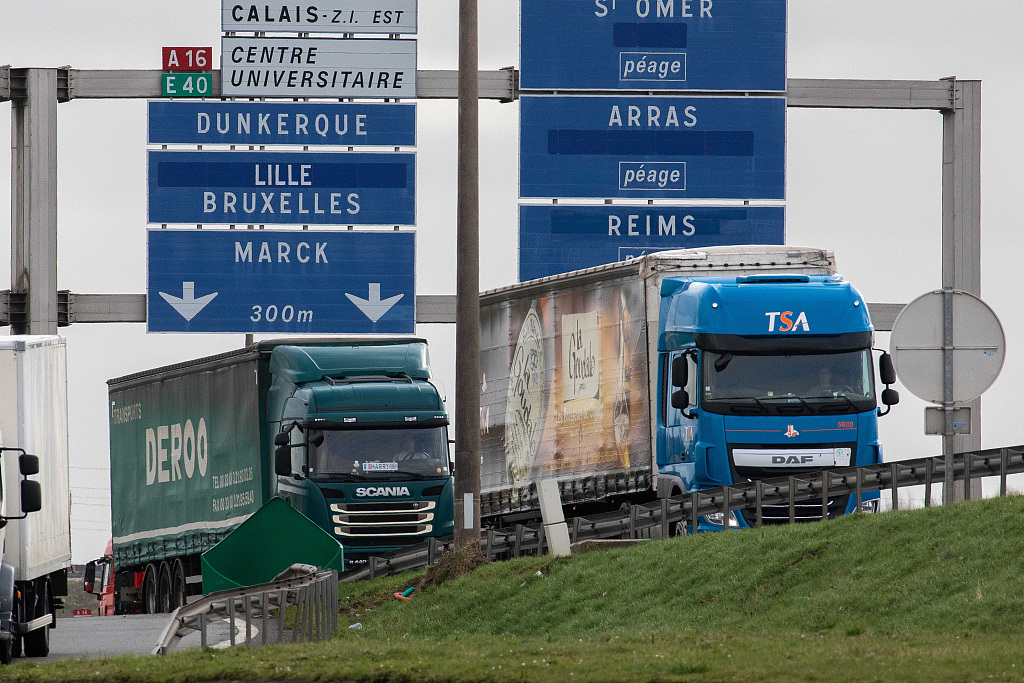 Cargo trucks travel on a highway near the French border in Calais, in France, on Monday, March 18, 2019. (File photo: VCG)

Customs checks after Brexit, which is scheduled for October 31, risk sharply curtailing trade between the two neighbours, especially if Britain crashes out of the EU without a deal.

Speaking after a test run of new border checks at the Normandy port of Ouistreham, a main hub for trade with the UK, Budget Minister Gerald Darmanin said he remained "a bit worried about how the British are preparing."

"You don't re-create a border that hasn't existed for several years... in just a few hours," said Darmanin, who oversees the French customs.

His comments came after the government of Prime Minister Boris Johnson published alarming documents warning of queues and disruption due to a lack of preparedness on the British side of the Channel.

Documents released Wednesday said up to 85 percent of British lorries may not be ready for French customs checks in the event of no deal, reducing the "flow rate to 40-60 percent of current levels."

That could spark shortages of food and crucial medical supplies, the "Yellowhammer" report warned.

Darmanin said French officials are prepared on their side, citing the hiring of 700 extra border agents and the deployment of a "smart border" system aimed to reduce customs formalities to a minimum after Britain leaves the EU.

"France is ready... these tests prove it," he said after the drill in Ouistreham, France's third-largest cross-Channel port after Calais and Dunkirk.

Earlier this week, Darmanin had said that Paris was unaware of steps that British officials were taking, commenting: "We don't know and we have some questions."

He reiterated his belief that "there won't be any traffic jams in France," saying that "we can't permit any clogging" in cross-Channel trade.