PARIS, Dec. 4 (Xinhua) -- French Minister of State for European Affairs Clement Beaune warned on Friday that Britain's departure from the European Union (EU) without a withdrawal deal is still a risk, adding that France would oppose a bad agreement to defend its economic interests. 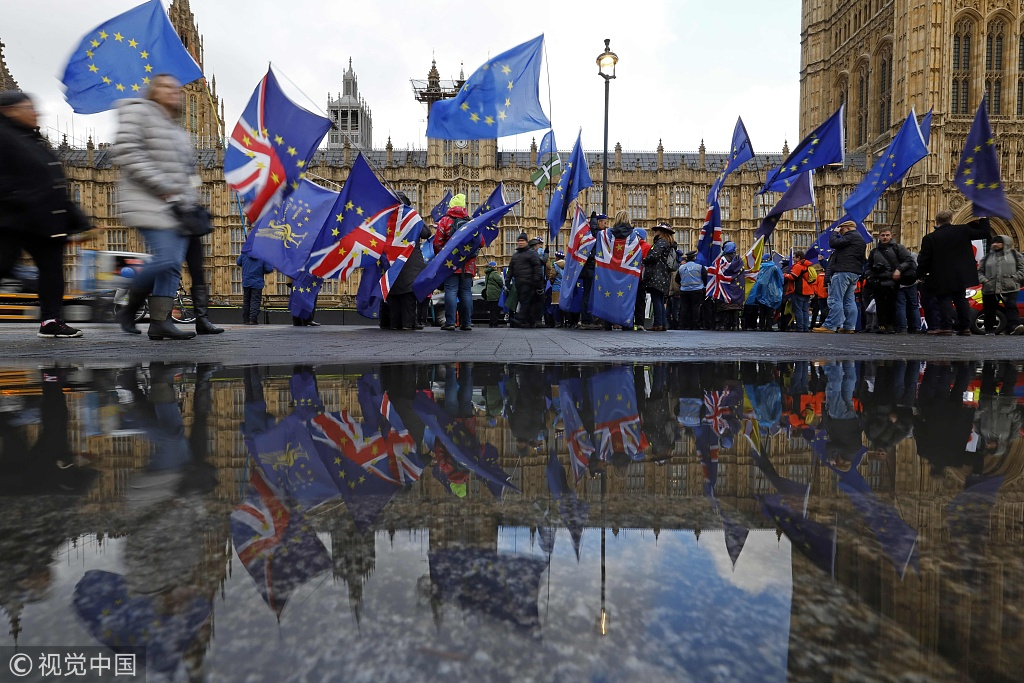 Anti-Brexit supporters wave flags as they demonstrate outside the Houses of Parliament in London, March 12, 2019. (Photo: VCG)

"I want to tell our fishermen, our producers, the citizens who are listening that we will not accept a deal with bad terms," Beaune told Europe 1 radio.

"If a good agreement cannot be reached, we will oppose it. Each country has a veto right...We will do our own evaluation of this draft deal, if there is one," he said.

Beaune said France should be prepared for the risk of a no-deal situation, stressing that "the best way to reach a good agreement is to be frank."

In January 2020, Britain ended its 47-year membership of the European Union. It continues to apply EU law until the transition period expires on Dec. 31 this year.

Last week, European and British negotiators started a new round of talks to bridge differences over three key issues -- fisheries, regulatory issues and governance of a future pact, in order to forge an amicable divorce whose terms should be ratified before year-end.