WORLD Fraudster Madoff is dying, wants out of prison: lawyer

Fraudster Madoff is dying, wants out of prison: lawyer 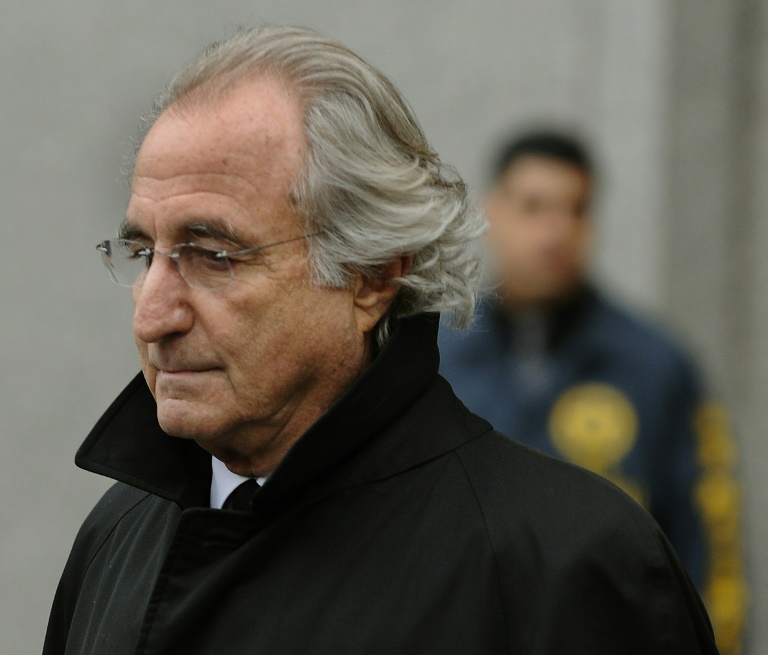 The Ponzi scheme of Bernie Madoff, pictured in 2009, was revealed during the 2008 financial crisis and resulted in many investors losing their savings. (Photo: AFP)

Bernie Madoff, jailed in the United States for perpetrating the world's largest fraud, is terminally ill and wants to leave prison to die, his attorney said Wednesday.

Madoff is serving a 150-year prison sentence after being convicted in 2009 of orchestrating a Ponzi scheme that saw investors bilked out of an estimated $65 billion.

In a letter to a US federal judge, attorney Brandon Sample petitioned for his early release, saying Madoff suffers from "terminal kidney disease, among other serious medical conditions."

"The Bureau of Prisons concluded in September 2019 that Madoff has less than 18 months to live because of the terminal nature of his kidney failure," Sample wrote.

The Washington Post reported that Madoff needs a wheelchair and 24-hour care, and is asking for compassionate release so he can mend fences with his grandchildren and die at home.

"I've served 11 years already, and, quite frankly, I've suffered through it," Madoff told the paper in an interview.

"You know, there hasn't been a day in prison that I haven't felt the guilt for the pain I caused on the victims and for my family," he said.

The Post said the Bureau of Prisons rejected Madoff's petition for compassionate release in December, with a lawyer for the federal agency saying "in light of the nature and circumstances of his offense, his release at this time would minimize the severity of his offense."

Madoff is appealing that ruling under the terms of a criminal justice reform law passed in 2018.

A pyramid, or Ponzi, scheme is a form of fraud in which returns on investments are generated only by bringing in fresh investments from new victims. Cash from new clients is used to pay existing clients until the scheme eventually collapses.

Madoff's fraud was revealed during the financial crisis in 2008 when he was unable to satisfy growing client demands to withdraw their investments, and many lost their savings or were unable to retire.

US authorities have seized about $4 billion related to Madoff and aim to return it to tens of thousands of his victims around the world.

"I never got a break, why should he get a break? He's terminally ill? I'm terminally broke," Gregg Felsen, a 72-year-old who came out of retirement to work as a photographer after his savings were wiped out in the scam and has not received restitution, told the Post.