Japan said Tuesday an investigation would be launched after more than 1,000 coronavirus vaccine doses had to be thrown out when a freezer storing them malfunctioned. 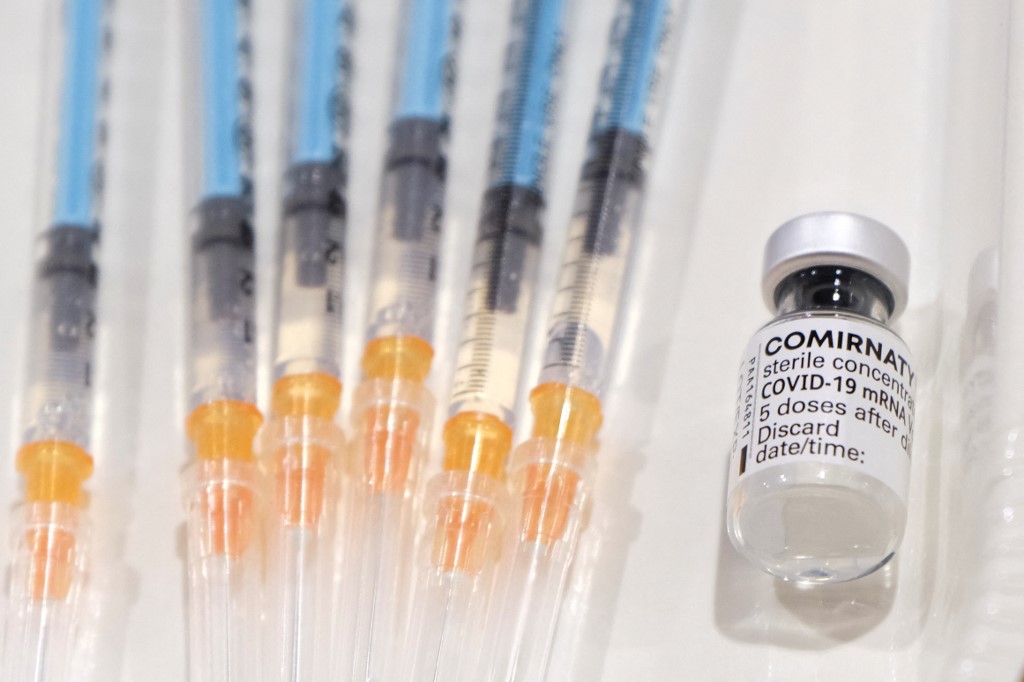 This picture taken on February 19, 2021 shows a vial of the Pfizer-BioNTech COVID-19 vaccine and vaccine-filled syringes during a national inoculation campaign against the virus at Chiba East Hospital in Chiba. (File photo: AFP)

A medical institution reported that 172 vials of the Pfizer/BioNTech vaccine, which must be kept between -80 and -60 degrees centigrade, were rendered useless after the freezer breakdown over the weekend, Japan's health ministry said, wasting up to 1,032 doses.

Japan began its inoculation programme on February 17 -- just over five months before the Tokyo Olympics -- and has so far only approved the Pfizer/BioNTech drug.

Japanese government spokesman Katsunobu Kato said Tuesday that the cause of the malfunction was not yet clear, but the firm that installed the freezer would investigate and report back.

Kato said Japan had installed around 100 vaccine freezers nationwide by the end of February.

"We would like to respond quickly to whatever is necessary, based on what the results of the investigation carried out by the company that installed it," Kato said.

Japan began vaccinating healthcare workers in mid-February, with the minister in charge of the process admitting he had "no idea" how much of the population would receive the jab before the Olympics, which start on July 23.

As of March 1, it had administered first doses to nearly 32,000 doctors and nurses, according to vaccine minister Taro Kono.

The country has reached deals with three major drug firms to buy enough doses for its population of 126 million.

But it was also scrambling to secure enough special syringes needed to extract six full doses from each vial of the Pfizer vaccine.

Japan is running a cautious rollout programme and is planning to initially vaccinate 40,000 healthcare workers across the country, before administering jabs to around 3.7 million more in March.

Vaccines for around 36 million people aged 65 or older are set to start from April.