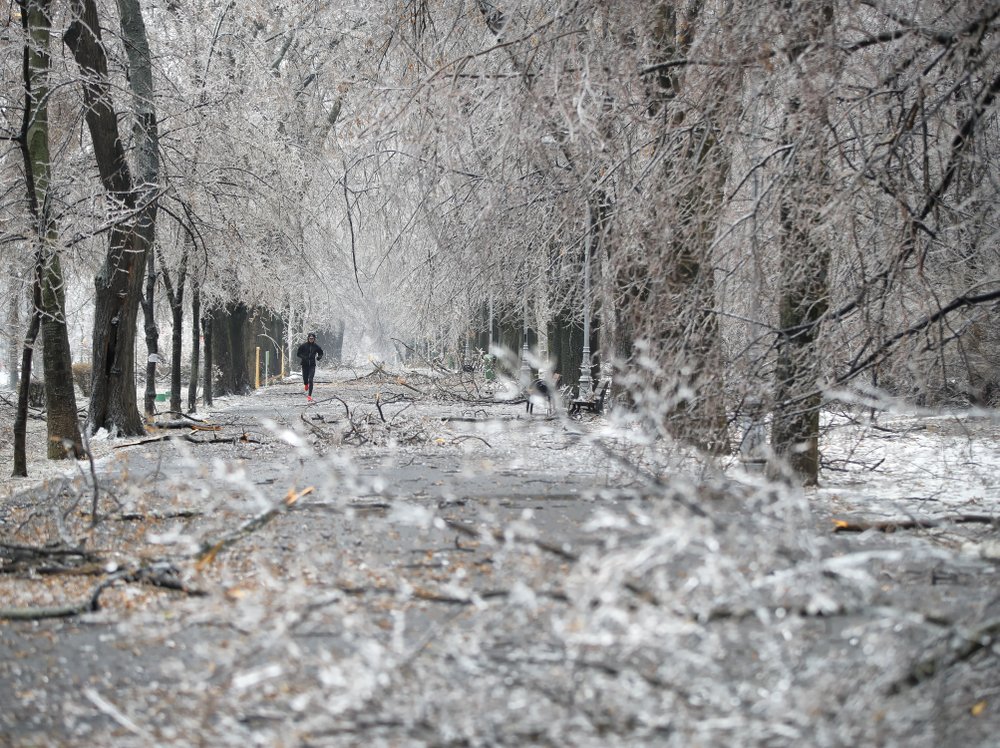 A man jogs along a path with ice covered fallen tree branches in Bucharest, Romania, Saturday, Jan. 26, 2019. Severe weather conditions has settled on much of the region with freezing rain disrupting roads and air traffic. (Photo: AP)

Winters in Finland are often frigid but meteorologists say the Nordic nation’s Lapland region has produced Europe’s coldest temperature this winter at minus 38.7 degrees Celsius (minus 37.7 degrees Fahrenheit).

Meteorologist Ari-Juhani Punkka from the Finnish Meteorological Institute told Finnish public broadcaster YLE on Sunday that Finland and northeastern Europe were now hosting the continent’s coldest air masses, ones that “are Arctic in nature.”

This winter’s coldest temperature in Europe outside of Russia was measured early Sunday in the Sodankyla municipality, 250 kilometers (155 miles) north of the Arctic Circle.

Frigid temperatures are common in Lapland, the northernmost part of Finland, which covers one-third of the nation’s land mass and is a popular tourist destination.