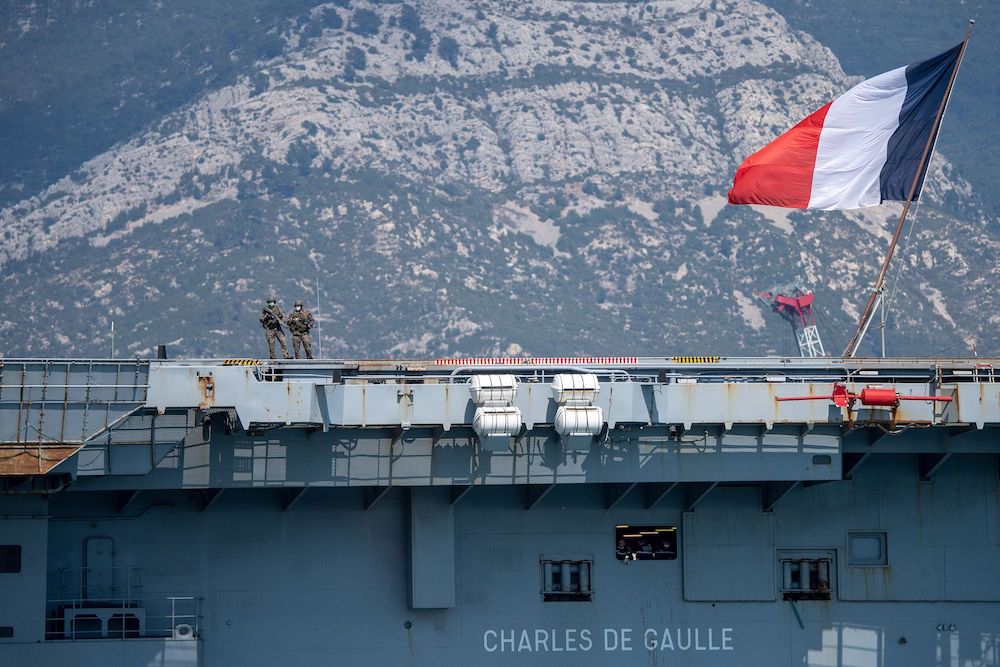 The French defense ministry says 668 members of the crew of the aircraft carrier Charles de Gaulle and accompanying vessels have tested positive for the coronavirus.

The Charles de Gaulle returned to its base in the southern port of Toulon on Sunday after the outbreak broke out.

The French Defense Ministry said Wednesday that 1,767 Navy troops had been tested, a majority of them sailors from the Charles de Gaulle. Amid those infected with the virus, 31 are at a hospital, including one in intensive care.

Results of about 30% of the tests are not known yet.

The Charles de Gaulle crew members have been placed into quarantine in the military base of Toulon. The carrier and other vessels have started being disinfected.

The Charles de Gaulle cut short by about 10 days a nearly three-month mission in the central Mediterranean then in the Atlantic and North Sea.