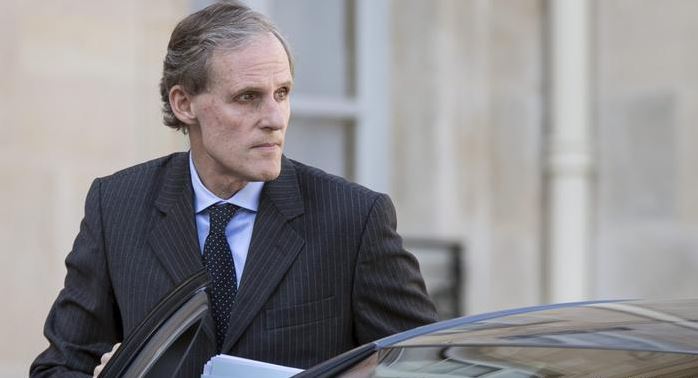 The ambassador, Christian Masset, landed in the afternoon and was welcomed "discretely and on a private basis" by French embassy personnel, ANSA news agency reported.

Chalencon was later recorded by La7 private broadcaster as saying that "we have members of the paramilitary ready to intervene, because they also want to topple the (French) government ... we are on the verge of a civil war."

"Our ambassador to Italy departs for Rome today. The president of the Italian Republic (Sergio Mattarella) has called President (Emmanuel) Macron to reiterate the degree to which France and Italy need one another," Loiseau said.

That phone call took place on Feb. 12, when Mattarella's office said in a statement that he and Macron "spoke on the phone today (and) reiterated the importance for each of their countries, of the French-Italian relationship".

This was followed up on Feb. 14 by French Foreign Minister Jean-Yves Le Drian, who told leading Italian newspaper Corriere della Sera in an interview that "for several months, Paris has been subjected to repeated attacks and exaggerated accusations", however "France is ready to work with Italy in a spirit of mutual respect and cooperation."

"We consider the friendship between France and Italy as an asset to be protected. Presidents Mattarella and Macron spoke on Tuesday night, they are the custodians of this relationship between our two countries," Le Drian told Corriere.

In an interview with RTL French broadcaster on Friday, Loiseau explained that not only was Mattarella's phone call decisive, but also the fact that "we heard certain (Italian) political leaders who had engaged in frankly unfriendly and unacceptable words and behaviors, express their regrets."

In televised comments at the launch of the Five Star Movement platform ahead of European Parliament elections in May, Di Maio on Friday appeared to backtrack on his outspoken support for the Yellow Vest protests in France.

"We do not intend to talk to those who uphold armed struggle or civil war", but only to "those who believe in democracy in order to change things", Di Maio said.