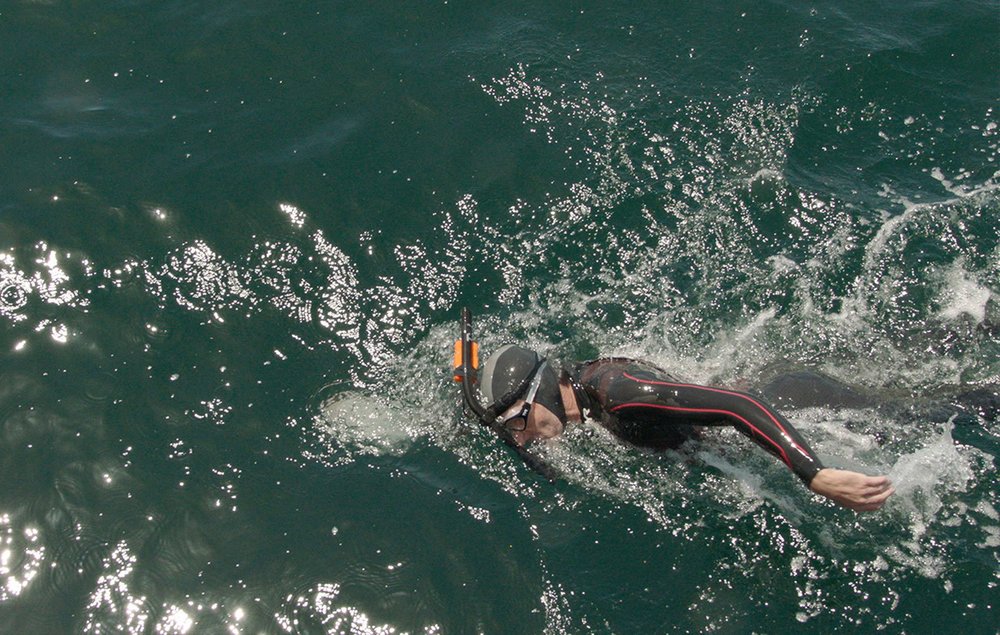 A French-American man has given up his attempt to swim across the Pacific Ocean after a storm broke the mainsail of his support ship, organizers said Monday.

Ben Lecomte, who had completed about 1,500 nautical miles (2,780 kilometers) of the 5,000-mile (9,260-kilometer) journey, called the premature end to the swim a deep disappointment.

“We’ve faced treacherous winds, rain and ocean swells that have forced us to alter our course, and the irreparable damage to the sail is an insurmountable blow,” he said in a news release.

The announcement was made by Seeker, a San Francisco-based online science publisher that partnered with Lecomte and has been documenting his attempt.

Lecomte, of Austin, Texas, set out on June 5 from Japan’s Pacific coast and was swimming an average of eight hours a day. Violent storms had already forced him to interrupt the swim after 500 nautical miles and return to Japan in late July. The mainsail broke on Nov. 10.

The damaged ship and Lecomte are slowly making their way to Hawaii. They are collecting data on plastic pollution in the ocean, one of the scientific aims of the swim.