The skirmishes, dubbed by media as "the scallop wars," erupted between French and British fishermen off the France's north Normandy coast over scallop fishing rights on Tuesday morning.

The row escalated when boats collided and stones were thrown at each other. BBC reported that two British boats returned to Brixham harbor with damaged windows. So far, no one has been hurt while the dispute remains unsolved, which is a latest flare-up in the fishing tensions between UK and France in years.

Under EU law, the British are not allowed to fish scallop within 12 miles of the French coast. But the conflict took place in the Bay of Seine, international waters open to EU members who have the freedom to fish there all year round. French fishermen's scallop fishing season only runs from October 1 until May 15 to replenish local stocks. 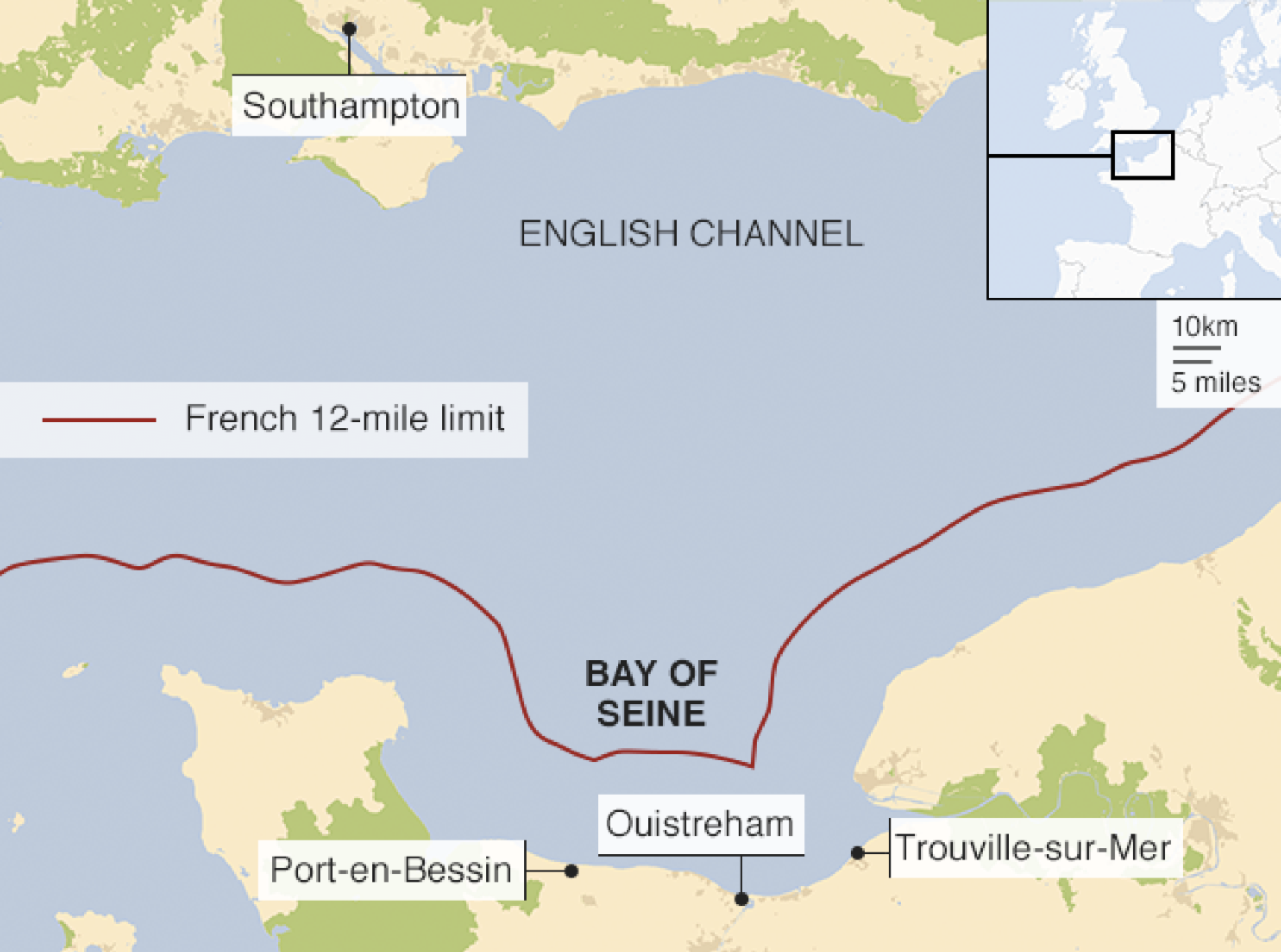 Local French officials said they could not intervene directly in international waters.

British environment secretary Michael Gove said the British boats were fishing legally in the area and the government was talking to French authorities to ensure there was "no repeat" of the clashes.

Mike Park, chief executive of the Scottish White Fish Producers Association, told BBC that they catch just 6% of the scallops in the area. He said, "We're doing nothing wrong and what we can't do is be bullied."

In the past few years, the two sides arrived at partial agreements to keep the peace over this watery battlefield. The British agreed to ban their larger fishing vessels from the area until October, in keeping with French restrictions, and the smaller boats can still dredge scallop there all year round.

The English Channel is known for scallops, which take two years before harvesting. A 2016 report by the International Council for the Exploration of the Sea (ICES) warned that fishing efforts by France, the UK, Belgium and Ireland in the Bay of Seine were "too high."

To maintain the high standards of scallop, France banned its fleets from fishing in summer.

Data shows that the UK scallop industry is worth £120m and provides 1,350 jobs. About 60 percent of the catch is exported, much of which are bought by the French.

With Brexit looming large, the UK will leave the Common Fisheries Policy and need to negotiate new fishing quotas with the EU. BBC reported that some French fishermen hoped that the British trawlers will be banned from these waters after Brexit.