French court to rule on Amazon delivery rules amid virus

Appeals judges are to rule Friday on a court order limiting Amazon France deliveries to essential items after staff filed a lawsuit saying they feared coronavirus infections at work, the company said Tuesday. 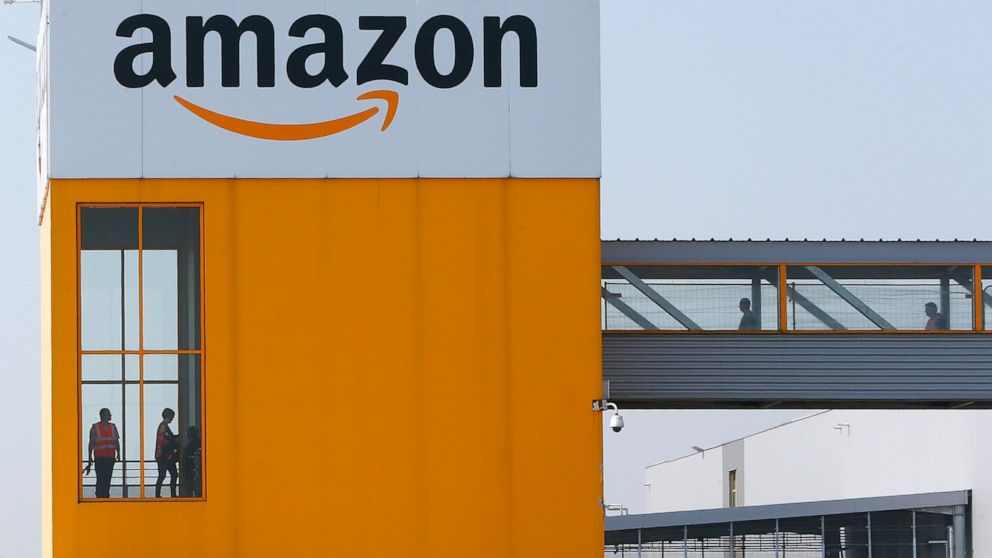 In this April 9, 2020 file photo, employees observe social distancing due to coronavirus, at the entrance of Amazon, in Douai, northern France. (File photo: AP)

Amazon shut down its French warehouses last week after a court said it could deliver only food, hygiene or medical products pending a review of safety measures for its roughly 10,000 employees in France.

Dozens had staged walkouts at several sites before the ruling, saying they worked in close proximity in contravention of social distancing measures imposed by the government to limit infections.

The online delivery giant appealed the ruling by a court outside Paris, which came as it was hiring tens of thousands of people to handle a surge in orders with lockdown measures shuttering traditional stores and compelling people to stay home.

The appeals court in Versailles, west of Paris, heard the challenge Tuesday and set its ruling for Friday at 2:00 pm (1200 GMT), the company and unions told AFP.

Amazon France said it had once again offered "concrete proof of the safety measures put in place in strict application of the directives issued by French authorities and with input from employee representatives at our sites."

Lawyers for labour unions, however, said Amazon had fallen short of its obligations while putting pressure on employees to continue working despite infection fears and refusing to pay anyone who exercised the "right of refusal" to work in France's labour code over perceived risks to health or safety.

"The only question that matters is how to reconcile the freedom to carry out business with the right to health protections for workers," Laurent Degousee, an official with the SUD Commerce union, the biggest among workers at Amazon France, told the court Tuesday.

But not all of Amazon's workers support the unions' lawsuit, with about 15,000 signing a petition urging the reopening of distribution centres.

"The unions didn't ask us what we thought," said Priscilla Soares, one of two employees at Amazon's site in Lauwin-Planque, near Douai in northern France, who started the petition.

"At first, Amazon wasn't prepared for this" but quickly implemented safety measures, she said.