French criticize EU's use of English 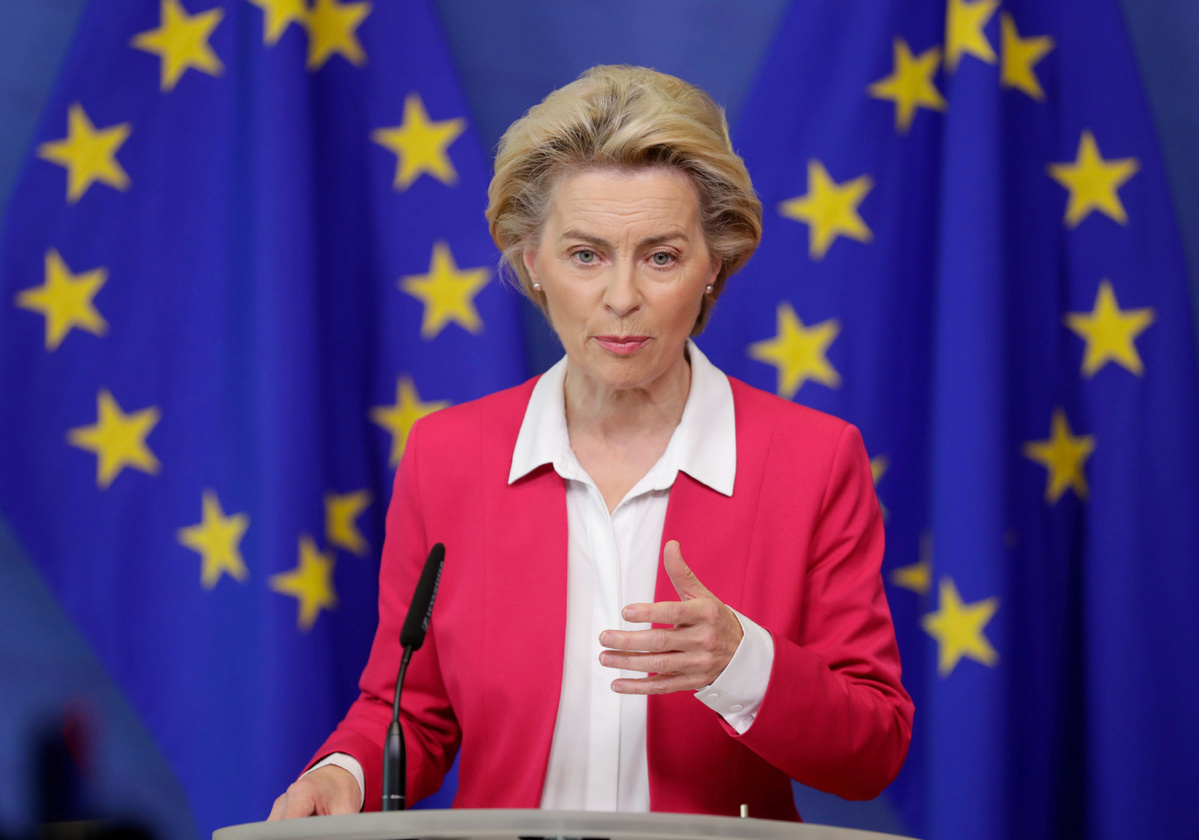 French journalists have complained to European Commission President Ursula von der Leyen that the executive is using too much English in its official communications released to the press.

The French contingent of the Association of European Journalists said in a recent letter to the bloc's chiefs that the increasing use of English gives a "competitive advantage" to the anglophone press.

Leaders were reminded that the use of several European languages in the communication of any European Union institution is a "legal obligation" enshrined in founding treaties, according to a Euronews report.

The letter is also addressed to Council President Charles Michel, and is signed by journalist Nicolas Gros Verheyde, the report said.

The journalists cite the example of communications on the EU's recently-proposed migration pact as being only available in English.

The association said in the letter that this case illustrated a habit since von der Leyen took over as Commission chief, according to a Euractive news report.

The letter stated: "No version in any other working language (French or German) was available, more than two hours after the official communication. At the end of the day, only the two-page press release was available in French.

"This seems all the more unacceptable to us since this is not an isolated case, but a repeated practice, now almost systematic, especially since your arrival as head of the European Commission."

The use of several languages is not only a legal obligation under EU treaties, but "has a precious political and practical scope", they wrote.

"The EU Treaty set as a rule official communication in all languages spoken in Europe. And practice has established the simultaneous and equal use of three working languages.

"These translations are not a faculty for the European institutions, but an obligation … which if it were not to be respected, would result in the annulment of the decisions taken. The Court's case-law on recruitment testifies to this."

The complaint noted that countries such as Russia, the United States and China, make their communications available in other languages, including French, Spanish and German.

The association added that the increasing practice of communicating in only one language makes the possibility of disinformation more likely.

It said: "By focusing on a single language you give a notable competitive advantage to the English-speaking press, which does not need to translate and can simply copy and paste extracts.

"The French-speaking press, and others, are required to translate or even interpret all comments as well as technical terms. There is a clear distortion of competition, contrary to European treaties."