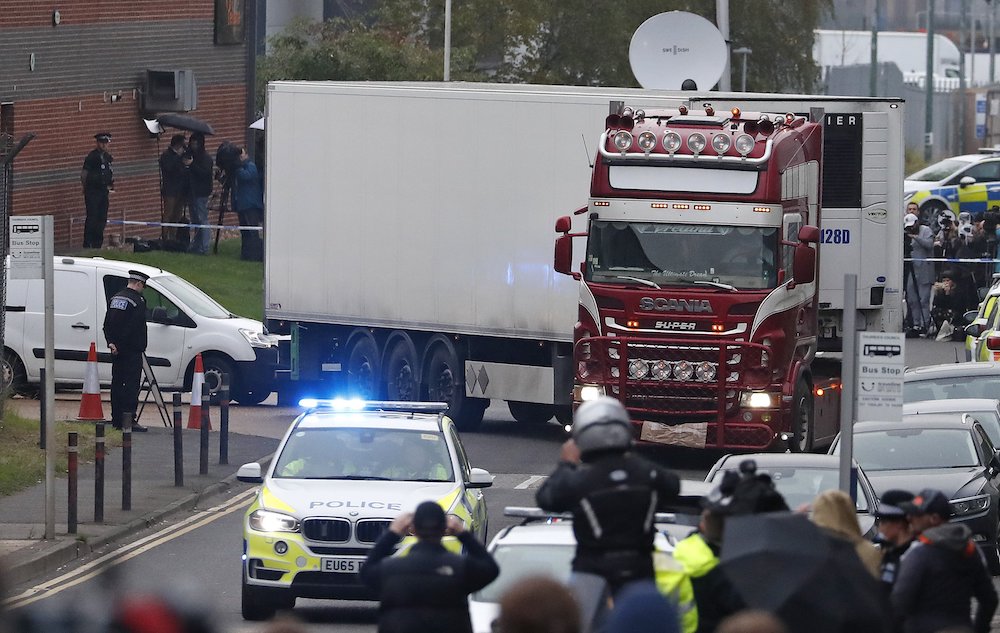 Police escort the truck, that was found to contain dead bodies which later were identified as illegal migrants from Vietnam, as they move it from an industrial estate in Thurrock, south England, Wednesday Oct. 23, 2019. (File photo: AP)

French and Dutch police have arrested 23 suspected members of a criminal network that smuggled as many as 10,000 migrants from France to Britain, according to European police agency Europol.

The network was suspected of earning 70 million euros ($77.6 million) in profits by organizing illegal passage for migrants from Afghanistan, Syria, Iraq and Iran, Europol said in a statement Thursday.

The migrants traveled to Britain from the areas around the western French cities of Le Mans and Poitiers, and faced life-threatening conditions, hidden in refrigerator trucks crossing the English Channel by ferry or undersea train. As many as 20 migrants were held in each truck, Europol said.

A suspect in the Netherlands collected payments via an underground banking system, Europol said. Police seized firearms and vehicles in five searches, and the migrants found during the operation were taken to safety.

It came amid renewed attention to migrants risking their lives in trucks after 39 Vietnamese people trying to enter Britain died in October in a refrigerated truck container.