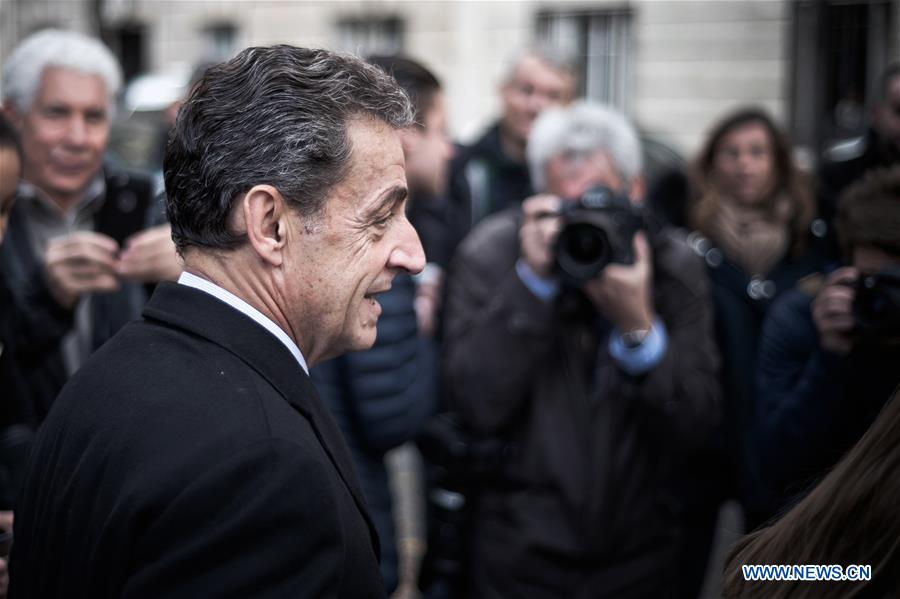 Magistrates in Paris court found Sarkozy guilty of proposing a prestigious job in Monaco to a prosecutor in exchange for tip-offs on an inquiry into allegations that he had exploited the mental frailty of late L'Oreal heiress, Liliane Bettencourt, to enjoy donations in cash to finance his 2007 presidential campaign.

Sarkozy's lawyer Thierry Herzog and former magistrate Gilbert Azibert were sentenced to the same penalty on charges of corruption, trading in influence and concealment of breach of professional secrecy.

"They were perfectly aware of the fraudulent nature of their actions," judge Christine Mee was quoted as saying by state-run France info radio.

Sarkozy, 66, is the second ex-president in the Fifth Republic of France to be sentenced by the justice. He repeatedly denied all wrongdoings.

His predecessor, Jacques Chirac, president of France from 1995 to 2007, who died in September last year, got a two-year suspended prison sentence in 2011 for inventing fake jobs for members of his party while he was mayor of Paris in the 1990s.

Under French law, Sarkozy is not required to serve the sentence in jail and he can be placed under an electronic bracelet.