Support in France has risen for both Marine Le Pen's far-right party and President Emmanuel Macron's candidates three days before voting in the European parliament elections, an opinion poll showed. 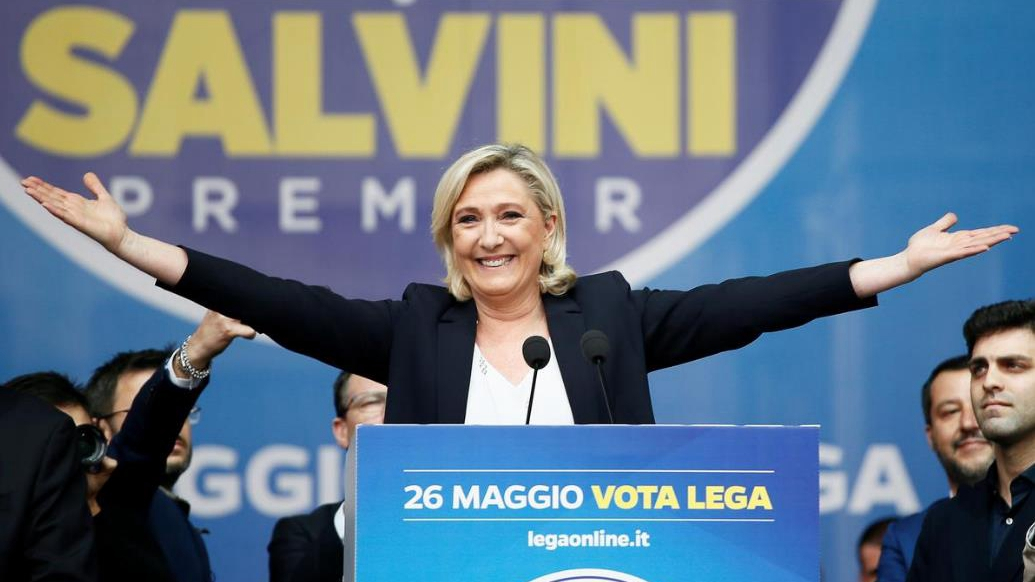 Le Pen's National Rally remained in the lead in voting intentions, according to the survey by OpinionWay for Les Echos newspaper published on Thursday, inching up one percentage point to a recent high of 25 percent.

That was two points ahead of Macron's Republic On the Move party, which was seen up one percentage point from the previous poll last week at 23 percent.

The polarization between Le Pen's and Macron's parties came at the expense of smaller groups such as the traditional center-right party The Republicans, which was down one point to 13 percent.

"Emmanuel Macron's involvement allows him to rally his own supporters, something he is the only one able to do, but that's also re-awakening those who want to punish him," OpinionWay's Bruno Jeanbart told Les Echos.

Macron, who has been campaigning in recent days, has framed the elections as a battle between anti-immigration nationalists and pro-European "progressives" such as himself.

Candidates for the two previously dominant center-right and center-left parties have suffered, with the candidates backed by the Socialists, who were in power until 2017, polling at a mere six percent.

Interest for the EU election campaign is picking up in the final days before the vote, the survey showed, and turnout may be higher than in the previous elections in 2014.

The environment has emerged as the top concern for voters in these elections, according to the poll, ahead of the fight against terrorism and concerns over immigration and welfare policy. The Greens were polling at nine percent, up two points in a week.