A French lab will start producing Moderna's Covid-19 vaccine in March, while another will begin making the vaccine from Pfizer and BioNTech in April, Industry Minister Agnes Pannier-Runacher said Wednesday. 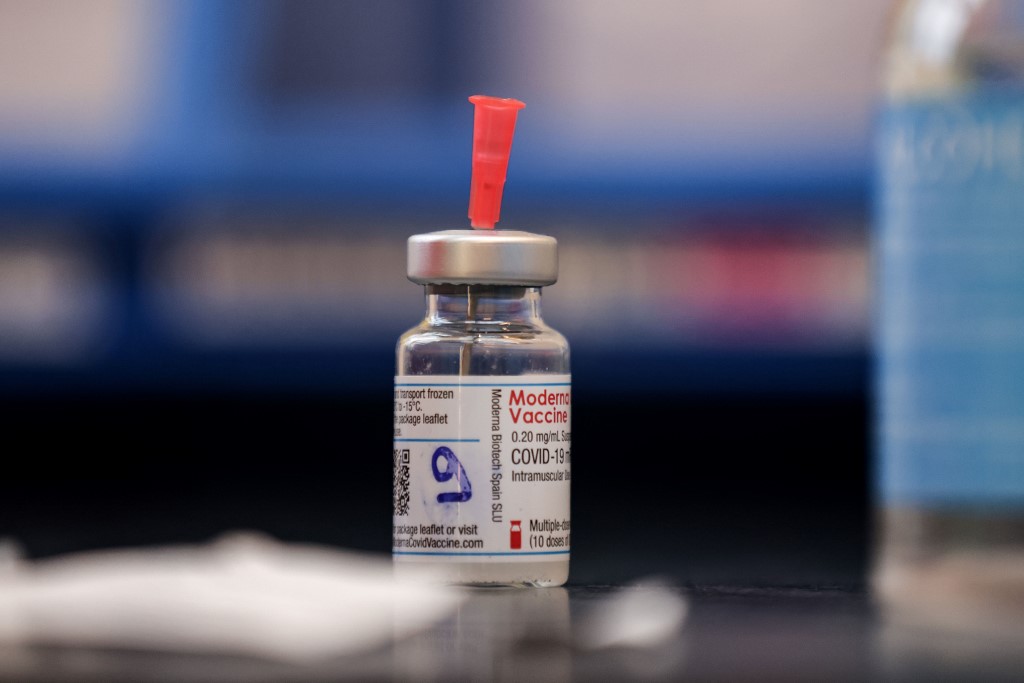 This file photo taken on February 2, 2021 shows a vial of the Moderna Covid-19 vaccine at the first Covid-19 vaccination center in Belgium, in Brussels. (Photo: AFP)

President Emmanuel Macron pledged Tuesday that four sites on French soil would begin making coronavirus vaccines soon, as the government draws sharp criticism over an innoculation drive that has started off slowly.

French pride has also taken a hit after its pharma giant Sanofi said its Covid vaccine would not be ready until later this year.

"Production at the first site will begin in March for the Moderna vaccine," at a lab operated by Recipharm, Pannier-Runacher told RTL radio.

"We'll then have a production site running in April for the Pfizer-BioNTech vaccine," she said.

"And in May, we should (also) be producing the CureVac vaccine, for which we are waiting for approval," she said, referring to the German biotech firm that could start French production at a lab owned by Fareva.

A French Sanofi lab will start making the Pfizer-BioNTech vaccine in the second quarter, even as it pursues research on its own jab, as will the French firm Delpharm.

"If Sputnik is confirmed and approved by the European Medicines Agency and France's top health authority, there will be no impediment to its distribution," he told Europe 1 radio.

France is hoping to avoid a new national lockdown as the number of coronavirus cases rises, with authorities reporting Tuesday a further 404 deaths over the previous 24 hours, as well as a new increase in intensive care cases to 3,270 in total.