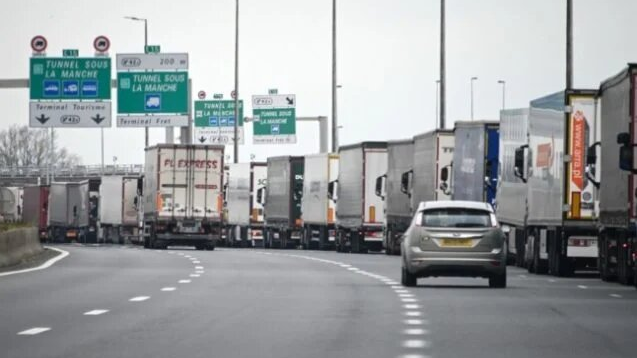 A French fishermen's organization has announced plans to blockade the entrance to the Channel Tunnel, as well as three ports on Friday. (Photo: AFP)

A French fishermen's organization has announced plans to blockade the entrance to the Channel Tunnel, as well as three ports on Friday, in protest over the refusal of the UK grant them fishing licences.

The group announced that on Friday they will be taking direct action by blockading three French ferry ports – Calais, Saint-Malo and Ouistreham.

They also intend to block the A16 motorway, which provides access to the Channel Tunnel on the French side.

The protest is over the ongoing dispute over post-Brexit fishing licences.

"The fishermen are demanding an immediate resolution to the dispute with the UK over the interpretation of the Brexit agreement," Gérard Romiti, the president of the national fisheries committee, told Le Figaro newspaper on Thursday.

"Our patience has its limits, it has been only too well tested.”

According to the plan outlined to Le Figaro, the fishermen intend to take action at Saint-Malo in the morning, Calais around midday and Ouistreham in the afternoon, with the blockade of the A16 – which will be targeted at lorries trying to enter the tunnel – scheduled for between 2pm and 4pm.

At the same time the UK government has said it is "disappointed” by threats of protest action by French fishermen amid the escalating dispute over post-Brexit fishing rights.

It comes after French fishing industry representatives signalled they could block Calais and other ports to stop exports to the UK.

The steps would be in protest against what they say is Britain's refusal to grant them more licences to fish in UK waters.

A UK government spokesperson said: "We are disappointed by threats of protest activity, and we look to the French authorities to ensure that there are no illegal actions and trade is not affected.

"We have licensed nearly 1,700 EU vessels overall; our approach to licensing has been reasonable and fully in line with our commitments in the Trade and Cooperation Agreement (TCA).

"We continue to work with the Commission and the French authorities and will consider any further evidence provided to support remaining licence applications.”

Talks are ongoing between Britain, France and the European Commission to settle the main source of contention, which is the number of licences to fish in waters around the British coastline for smaller French vessels which can prove they have historically operated there.